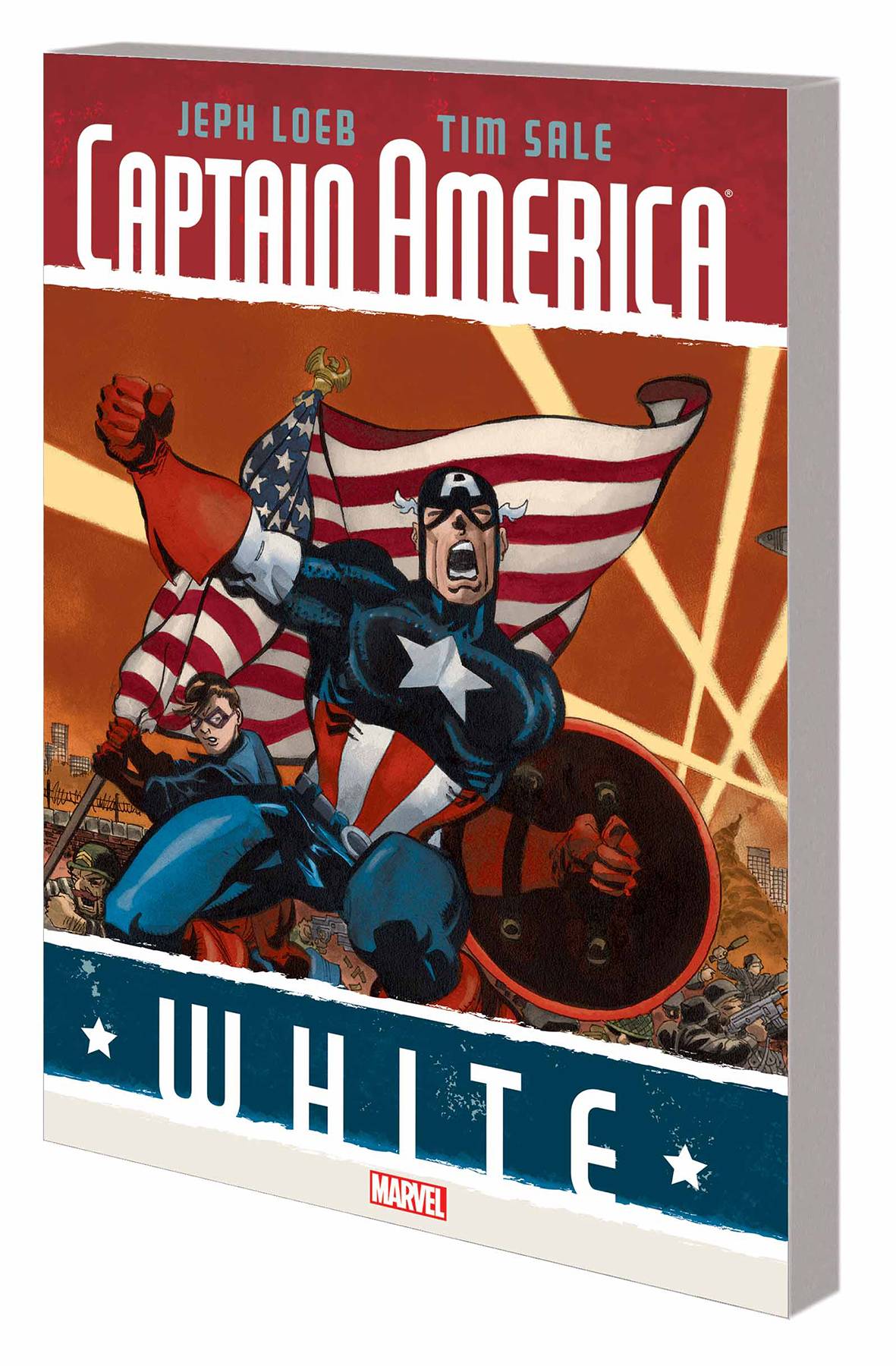 #
AUG161024
(W) Jeph Loeb (A) Tim Sale (CA) Sale
For Steve Rogers, the hardest thing about being a man out of time is being a man without a best friend. As Captain America comes to terms with his loss, he longs for the black and white moral simplicity of World War II: Bucky Barnes charging fearlessly into battle at his side. The Howling Commandos right behind. Odds against them, lives on the line, taking the fight to the greatest evil of all. The Eisner Award-winning team of Jeph Loeb and Tim Sale (DAREDEVIL: YELLOW, SPIDER-MAN: BLUE and HULK: GRAY) revisit the glory days of Captain America and Bucky in a classic tale of a friendship forged in war. Collecting CAPTAIN AMERICA: WHITE #0-5.
Rated T+
In Shops: Oct 26, 2016
SRP: $24.99