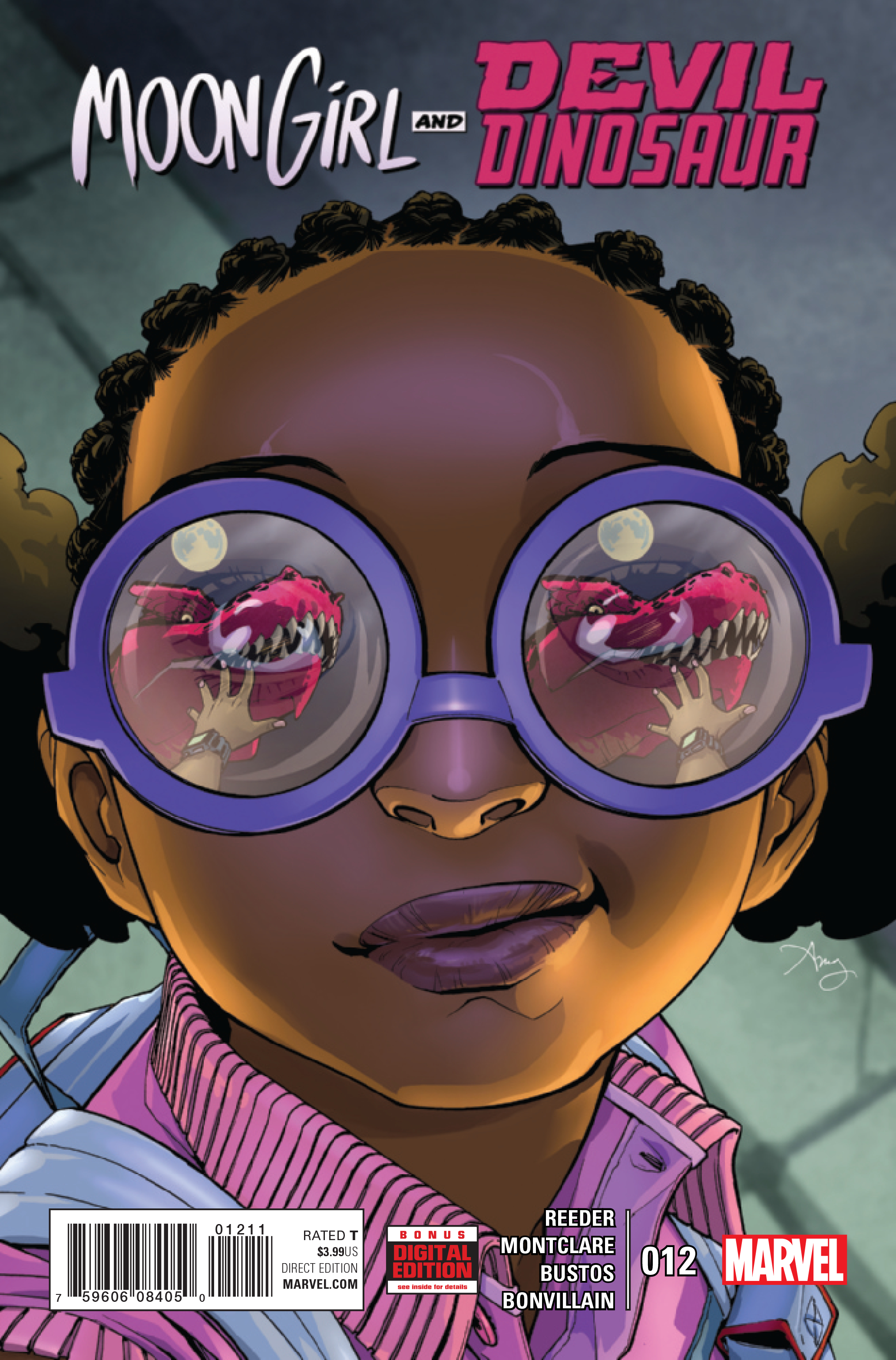 AUG160906
(W) Amy Reeder, Brandon Montclare (A) Natacha Bustos (CA) Amy Reeder
"COSMIC COOTIES" CONCLUDES!!!
•  LUNELLA LAFAYETTE has a big role to play in the Marvel Universe. It's going to shock everyone...except her!
•  BUT FIRST she needs to put Kid Kree in his place while defending herself from an alien attack force.
•  AND THEN win the SCIENCE FAIR while swapping brains with a 30-foot T. Rex not known for his smarts.
Rated T
In Shops: Oct 26, 2016
SRP: $3.99
View All Items In This Series