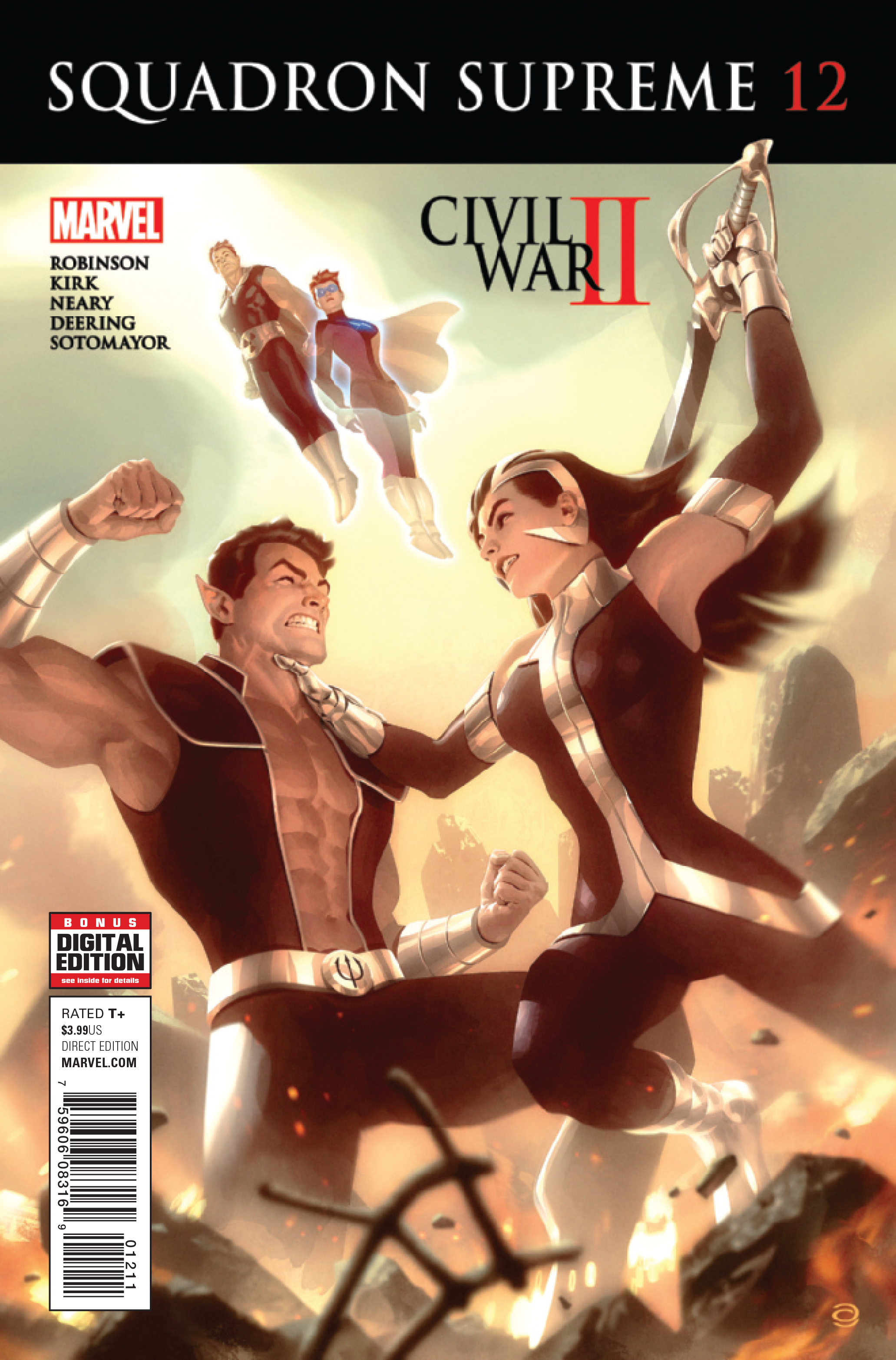 AUG160882
(W) James Robinson (A) Leonard Kirk, Paul Neary, Marc Deering (CA) Alex Garner
CIVIL WAR II TIE-IN! THE FINAL CHAPTER OF "FINDING NAMOR"!
•  The saga continues as the SQUADRON SUPREME try to stop WARRIOR WOMAN from resurrecting their sworn enemy, NAMOR - but nothing has gone to plan.
•  Unable to help their allies, HYPERION and DOCTOR SPECTRUM are forced to watch as the stakes rise against them...with BLUR and THUNDRA pitted against SPIDER-MAN and the entirety of S.H.I.E.L.D.
•  On his own, NIGHTHAWK hunts the precognitive Inhuman named ULYSSES, intent to discover whatever secrets his visions hold.
Rated T+
In Shops: Oct 05, 2016
SRP: $3.99
View All Items In This Series