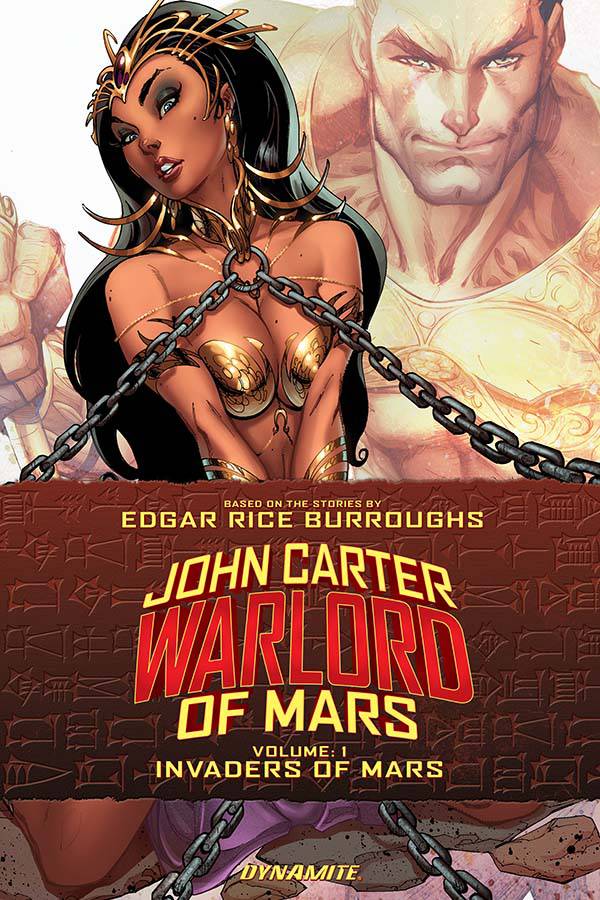 #
AUG151342
(W) Ron Marz (A) Abhishek Malsuni (CA) J. Scott Campbell
John Carter, the Confederate soldier transported to distant Mars, must save his adopted world from an adversary who is every bit his equal on the Red Planet: Captain Joshua Clark, formerly of the Army of the Potomac and now the strategist for a species of star-hopping conquerors. While Carter and his staunch ally, the Thark chieftain Tars Tarkas, lead a legion of united Green Men and Red Men against the alien assailants, Dejah Thoris - the princess of Barsoom - is held captive by the bloodthirsty Clark in the fallen city of Helium. The "Invaders of Mars" storyline is cosmic-scale action and adventure, courtesy of Ron Marz, the groundbreaking writer of Green Lantern!
In Shops: Oct 28, 2015
SRP: $19.99
View All Items In This Series