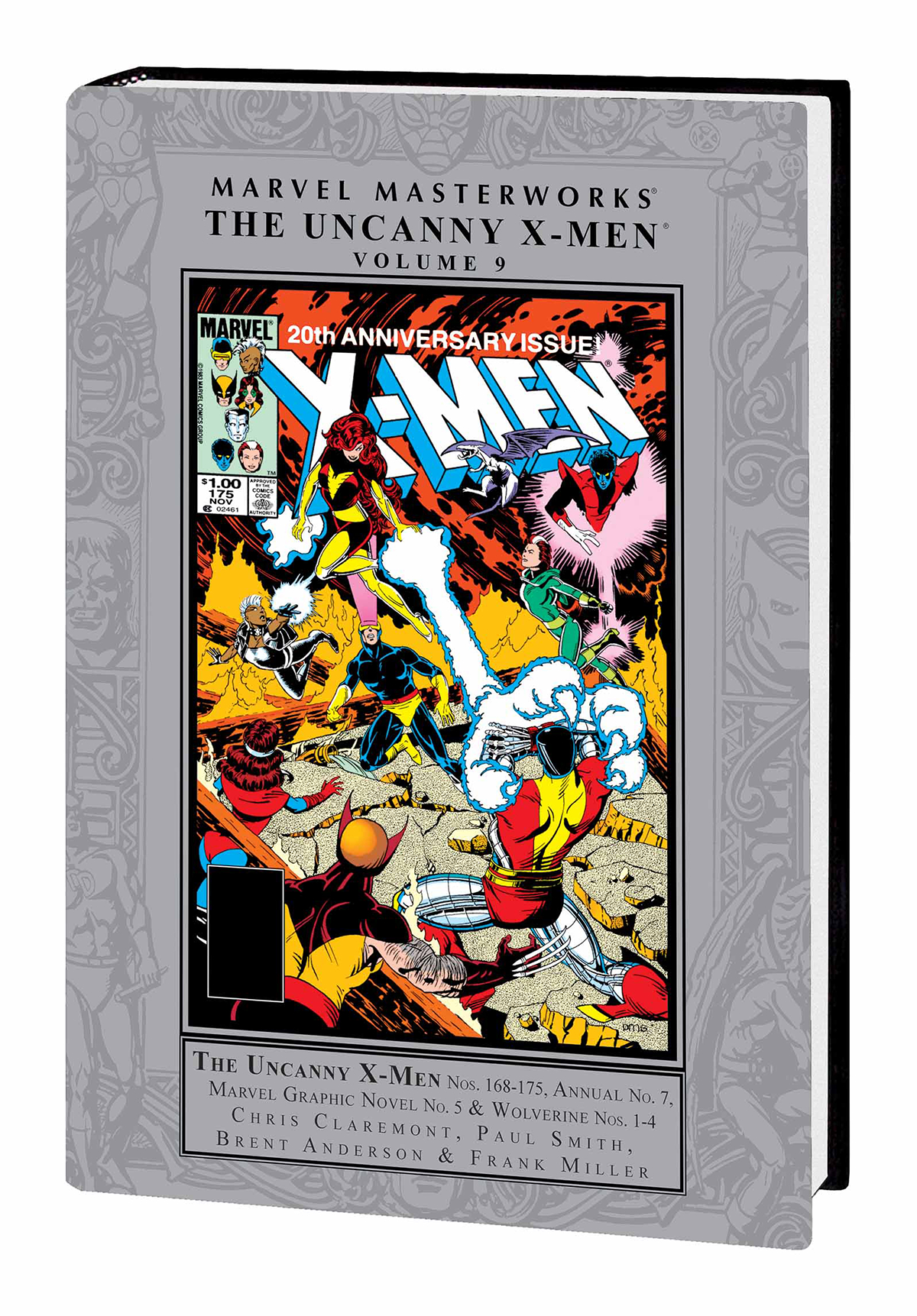 AUG140901
(W) Chris Claremont (A) Various (CA) Paul Smith
The Uncanny X-Men had become the biggest franchise in comic books by 1982. Chris Claremont's writing rose to find perhaps his most poignant and challenging expression of the mutant metaphor in "God Loves, Man Kills," while his work with Frank Miller on WOLVERINE skyrocketed the character's popularity. With culmination of Paul Smith's classic run-featuring the growing romance between Kitty Pryde and Colossus, the first appearance of Callisto and the Morlocks, Rogue's debut as an X-Man, and the wedding of Cyclops and Madelyne Pryor-this Marvel Masterworks is nothing short of a marathon of mutant milestones! Collecting UNCANNY X-MEN (1981) #168-175, UNCANNY X-MEN ANNUAL (1970) #7, MARVEL GRAPHIC NOVEL #5 and WOLVERINE (1982) #1-4.
Rated T
In Shops: Jan 21, 2015
SRP: $75.00
View All Items In This Series
ORDER SUBSCRIBE WISH LIST