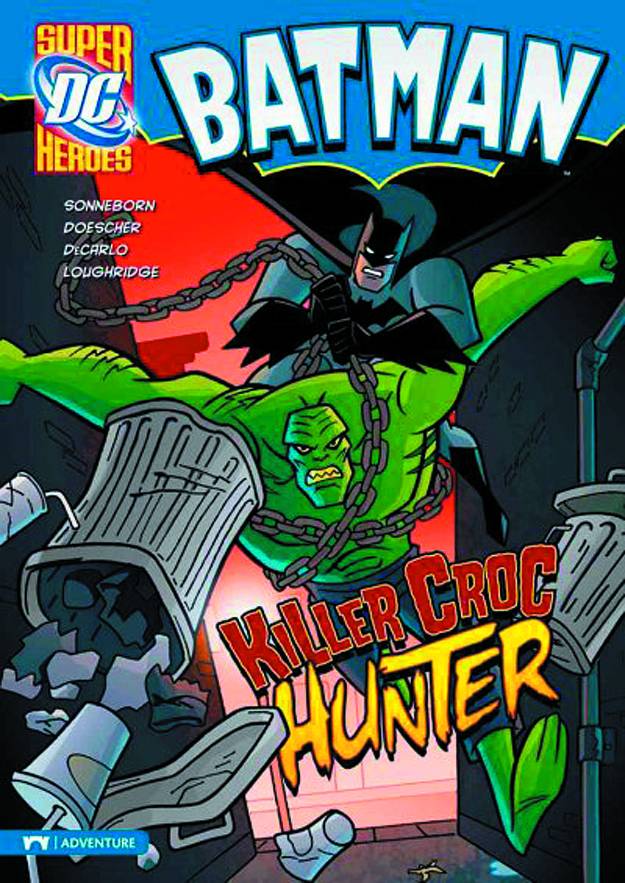 #
AUG131590
(W) Scott Sonneborn (A) Eric Doescher, Mike DeCarlo
As a former pro wrestler, Killer Croc bullied his opponents inside the ring. As a cutthroat criminal, this ferocious freak forces his competition out of town. Next on his hoodlum hit list is Kite Man, but the second-rate super-villain isn't leaving Gotham without a fight. He's partnering with Batman, the World's Greatest Detective, to wrangle up the reptilian rogue and take him down for the count!
In Shops: Dec 04, 2013
SRP: $4.95
View All Items In This Series