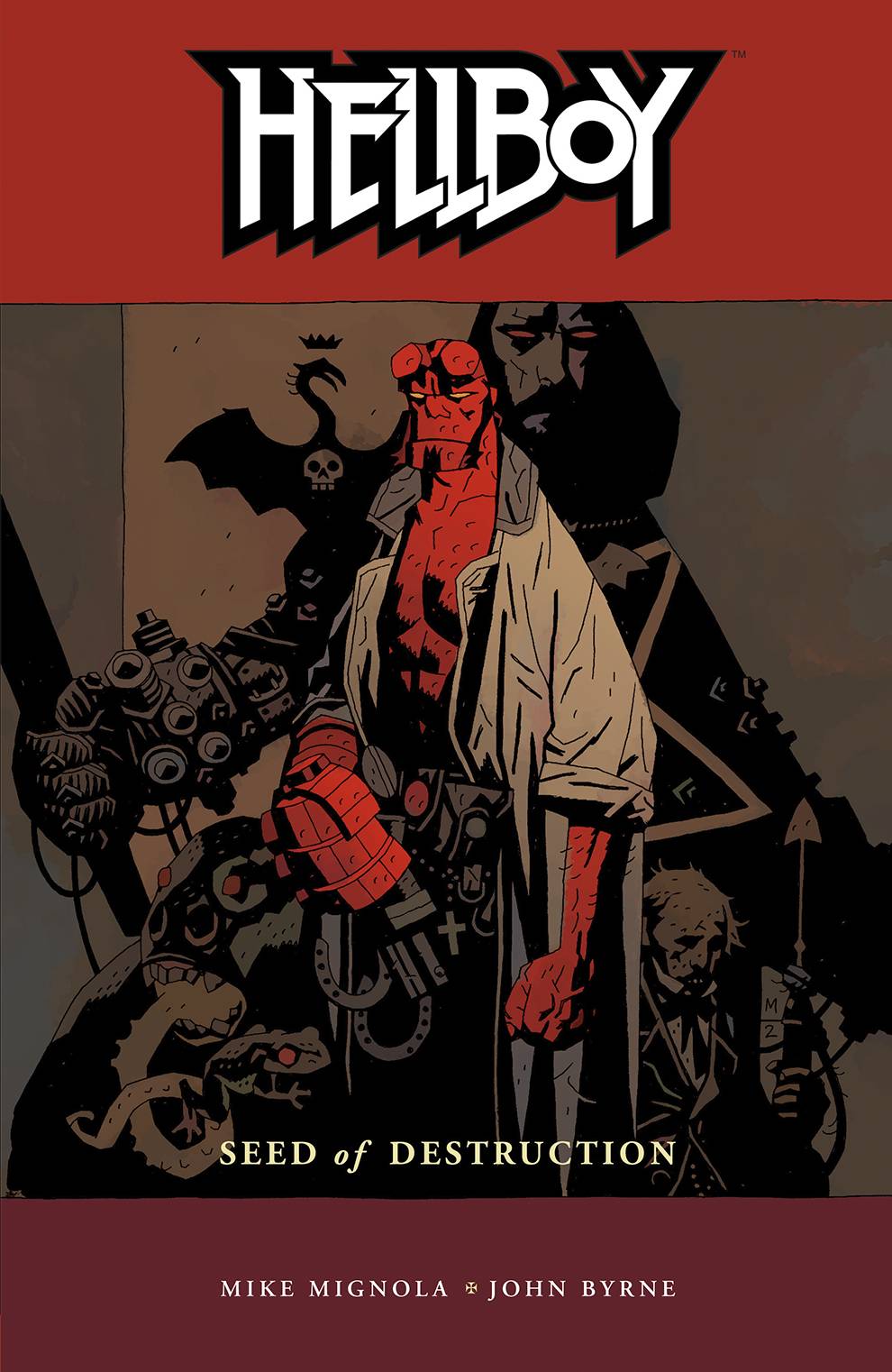 Hellboy, the world's greatest paranormal investigator, is the only thing standing between sanity and insanity as he battles the mystical forces of the netherworld and a truly bizarre plague of frogs. And if he fails, we all fail with him!

Hellboy is one of the most celebrated comics series in recent years. The ultimate artists' artist and a great storyteller whose work is in turns haunting, hilarious, and spellbinding. Mike Mignola has won numerous awards in the comics industry and beyond. When strangeness threatens to engulf the world, a strange man will come to save it. Sent to investigate a mystery with supernatural overtones, Hellboy discovers the secrets of his own origins, and his link to the Nazi occultists who promised Hitler a final solution in the form of a demonic avatar.

" ... Hellboy is a brilliant example of how to elevate the comic of the future to a higher literary level while achieving a higher pitch of excitement."
--Robert Bloch, from his introduction
In Shops: Dec 19, 2012
SRP: $17.99
View All Items In This Series
ORDER WISH LIST