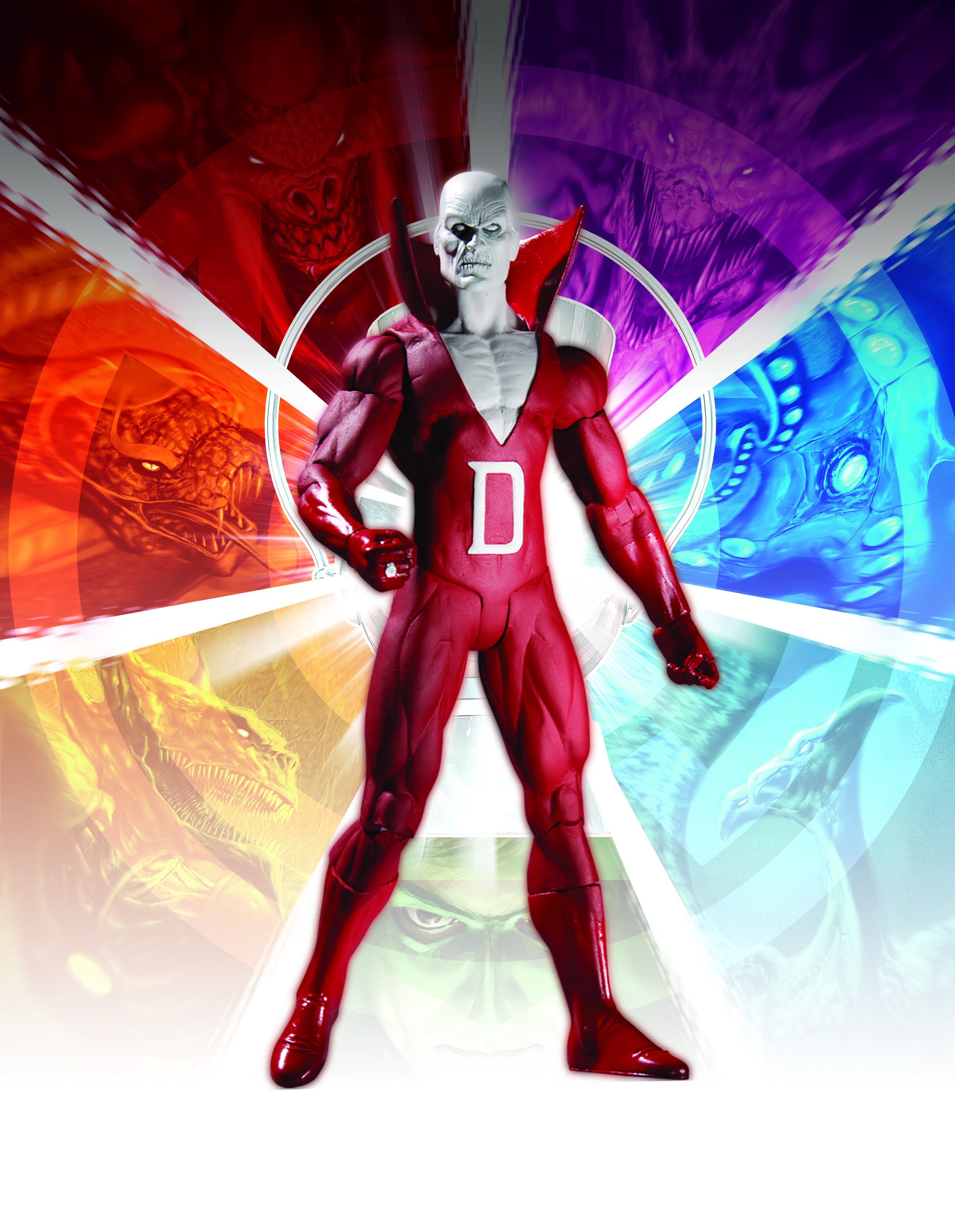 AUG100291
From BLACKEST NIGHT to BRIGHTEST DAY! They're back for a reason.
Comics' biggest event continues as BRIGHTEST DAY burns away the BLACKEST NIGHT! In this best-selling follow-up, the white light has resurrected twelve heroes and villains. Though the exact reasons for their rebirths remain a mystery, each is destined to play an intricate role in the future of the DC Universe.
Written by award-winning writers Geoff Johns and Peter J. Tomasi, BRIGHTEST DAY sets the stage for the next exciting era of the DC Universe.
"BRIGHTEST DAY is about second chances. It's looking at twelve characters that have been resurrected and examining whether it's a miracle or a curse. Some second chances work out ... some don't. BRIGHTEST DAY is the next step in repositioning a lot of characters in the DC Universe and pushing them to the next level." - Geoff Johns on BRIGHTEST DAY
* Aquaman - 6.75" h
* Green Arrow - 6.75" h
* Hawkgirl - 6.5" h
* Deadman - 6.75" h
All four figures feature multiple points of articulation and include a display base. Character-appropriate accessories are also included. 4-color clamshell blister card packaging.
On sale March 2, 2011 * Action Figures * PI