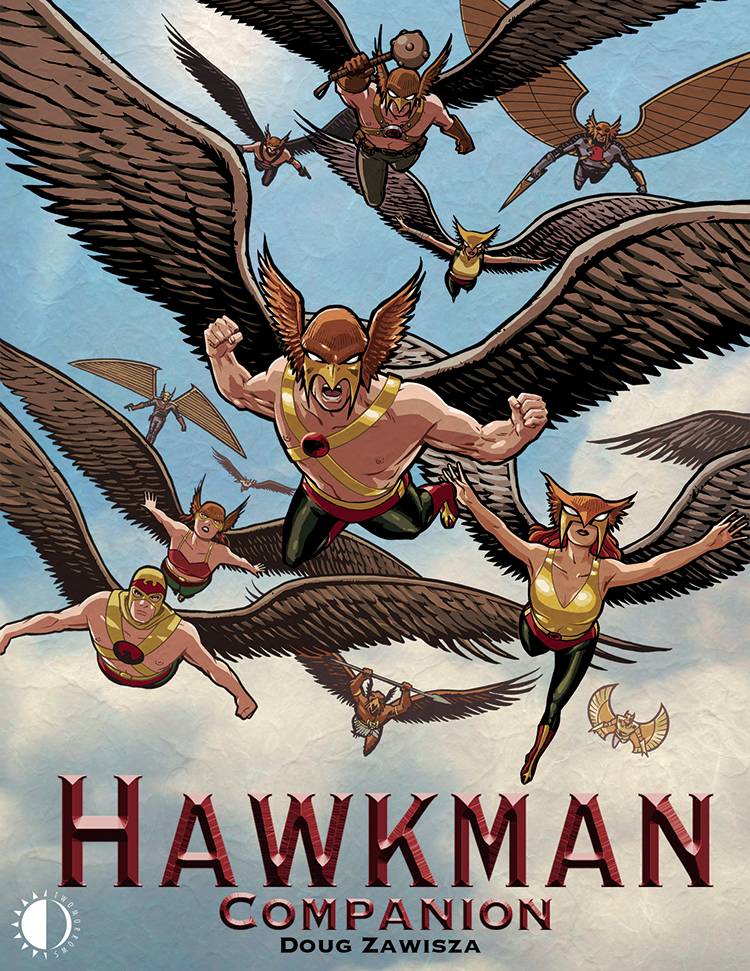 #
AUG084336
(W) Doug Zawisza (A) Joe Kubert, Murphy Anderson, Rags Morales
Hawkman is one of the most iconic heroes ever created, and this four-color legend has left an indelible mark upon the comic industry. Behind a fabulous Cliff Chiang cover, this collection contains interviews and commentary from many who have helped Hawkman soar through the ages, including Joe Kubert, Geoff Johns, Shelly Moldoff, Timothy Truman, Justin Gray, Jimmy Palmiotti, Rags Morales, Stephen Sadowski, Don Kramer, Ben Raab, Tony Isabella, Dan Jurgens, Roy Thomas, Steve Lieber, Murphy Anderson, and many other top comics creators. Also included is a copious image parade, profiles on the Hawks through the ages, as well as their allies and adversaries, and a timeline of Hawkman's storied existence throughout the DC Comics Universe.
In Shops: Oct 22, 2008
SRP: $24.95
ORDER WISH LIST