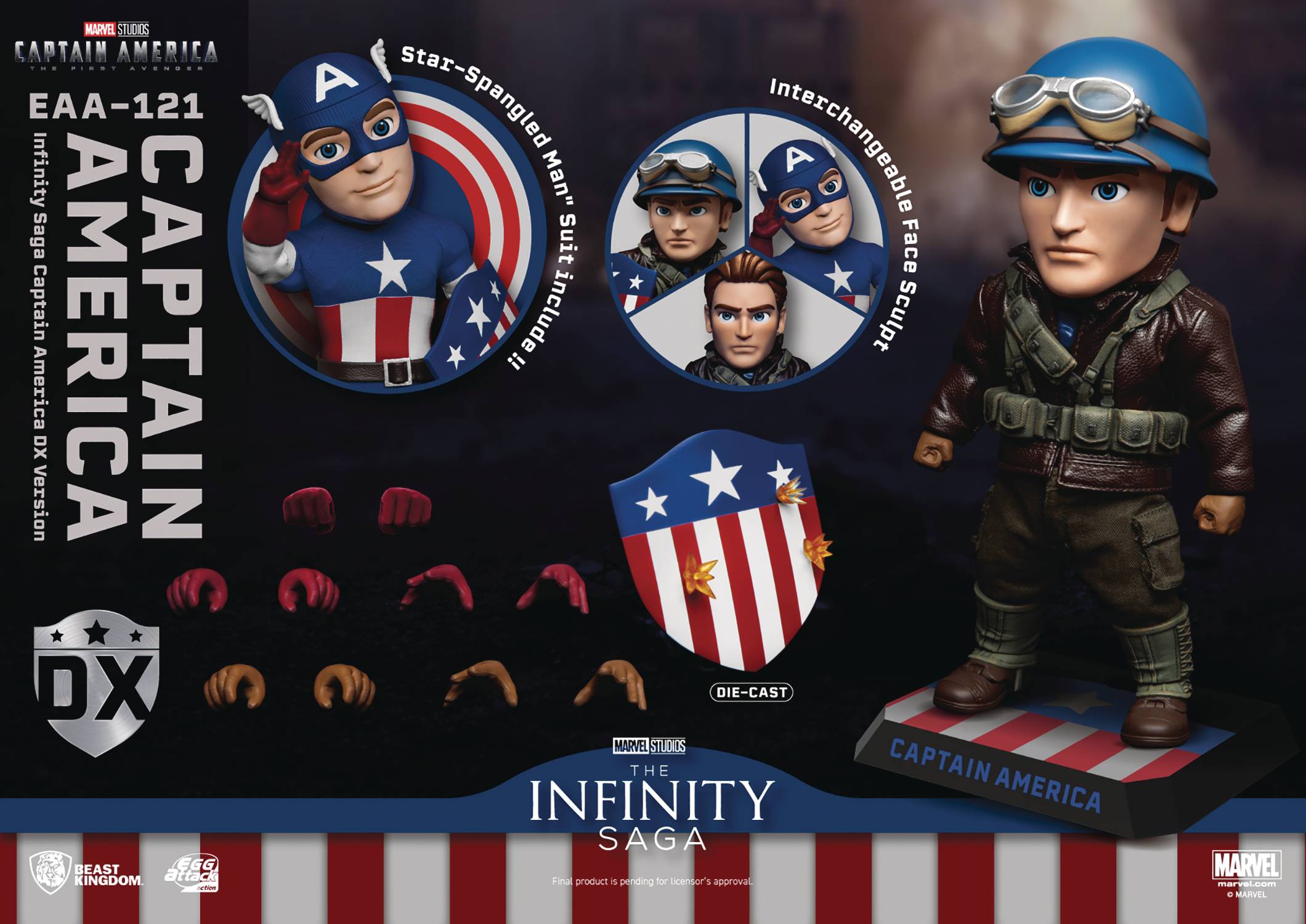 # # # # # # # # #
APR218755
From Beast Kingdom. Celebrate the 80th anniversary of Marvel's legendary first Avenger: Captain America! Infinity Saga Captain America joins Beast Kingdom's EAA (Egg Attack Action) series of 6-inch, highly articulated action figures! This Infinity Saga Captain America 80th DX Version collectible set brings to life two of the captain's most recognizable outfits. Steve Rogers includes his Rescue Uniform and his classic costume. The Rescue Uniform uses real material for the Jacket and pants, as well as a dedicated head sculpt with a helmet, so you can pose Cap saving the day. His classic costume is also made from cloth, and inlcudes a head sculpt with the signature wings that came to epitomize his look. For fans of the very first Avenger, this is one deluxe set not to be missed.