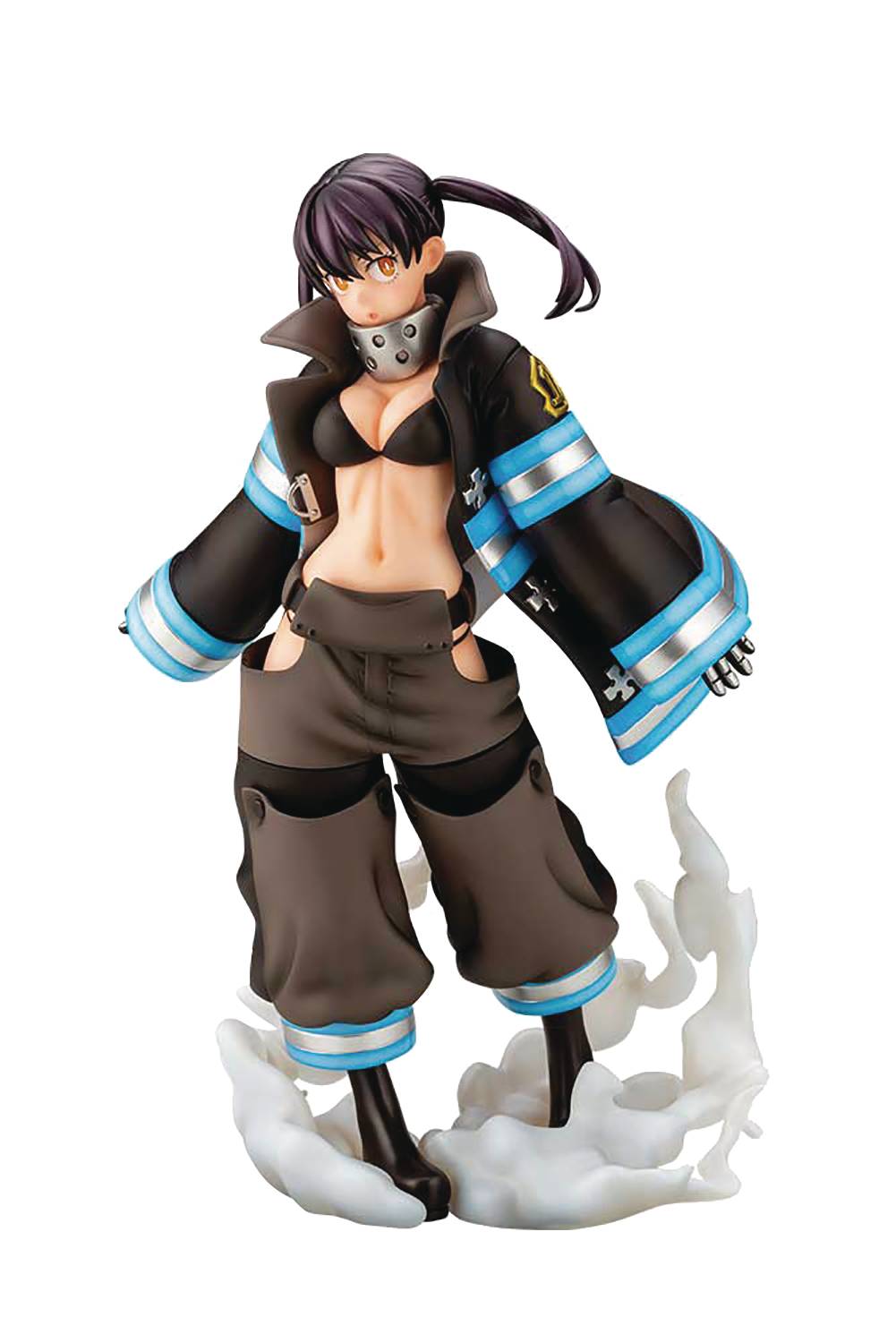 # # # # # # #
APR218113
From Kotobukiya. Atsushi Okubo's newest original manga series has sold over two million copies worldwide! Shinra Kusakabe and Tamaki Kotatsu from the hit manga and action packed animated series, Fire Force, join the ARTFX J statue series! Based off of the grinning Shinra from the cover of the first volume of the manga, this figure is full of detail from every angle! From the shiny Special Fire Force Company 8 emblem atop Shinra's head, to the smoke and flames that are made from clear plastic that can be seen emanating from his feet, this statue is perfect for any Fire Force fan! Based off the illustration of Tamaki from the cover of the seventh volume of the manga, this figure shows off Tamaki's serious yet cute personality! From the blue stripes on the firefighter jacket that gleam brightly in the world of smoke and flames, to the curves of Tamaki's body, this figure shows off many aspects of her charm.
In Shops: Dec 29, 2021
SRP: $129.99
ORDER WISH LIST