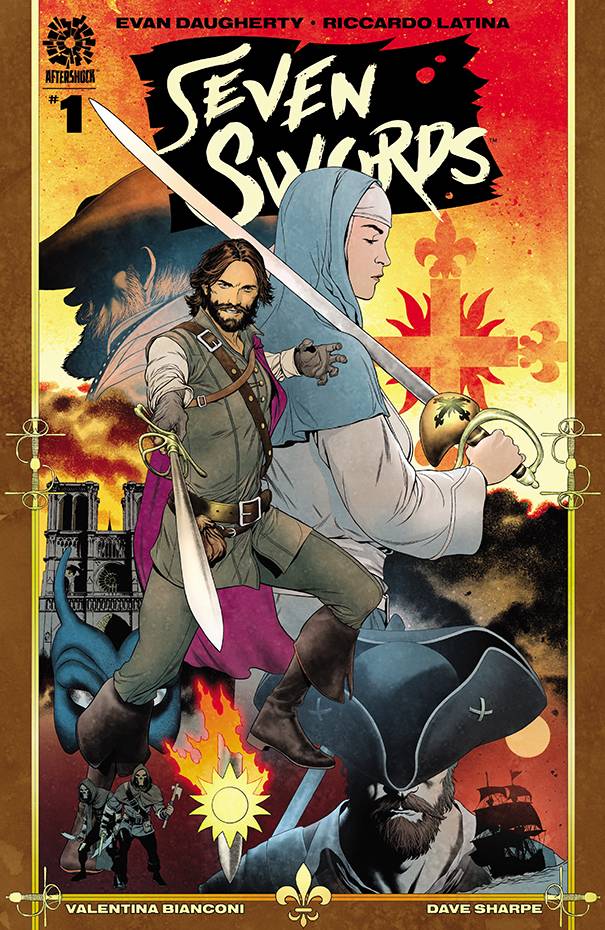 #
APR211340
(W) Evan Daugherty (A) Riccardo Mattina (CA) Andy Clarke
A weary and jaded D'Artagnan is drawn into a final conflict with the wicked Cardinal Richelieu, whose ruthless quest for power has led him to the supernatural.  But the Last Musketeer can't defeat these infernal enemies alone.

To save the world, he'll need to join forces with seven iconic swashbuckling heroes: Don Juan, Captain Blood, Cyrano de Bergerac, to name a few.  SEVEN SWORDS, who must overcome their host of differences and work together if they have any hope of thwarting Richelieu's diabolical plans.

From writer EVAN DAUGHERTY (writer of films such as Snow White and the Huntsman,
Divergent and Teenage Mutant Ninja Turtles) and illustrator Riccardo Mattina comes high
adventure with a cutting edge!
In Shops: Jun 16, 2021
SRP: $4.99
View All Items In This Series