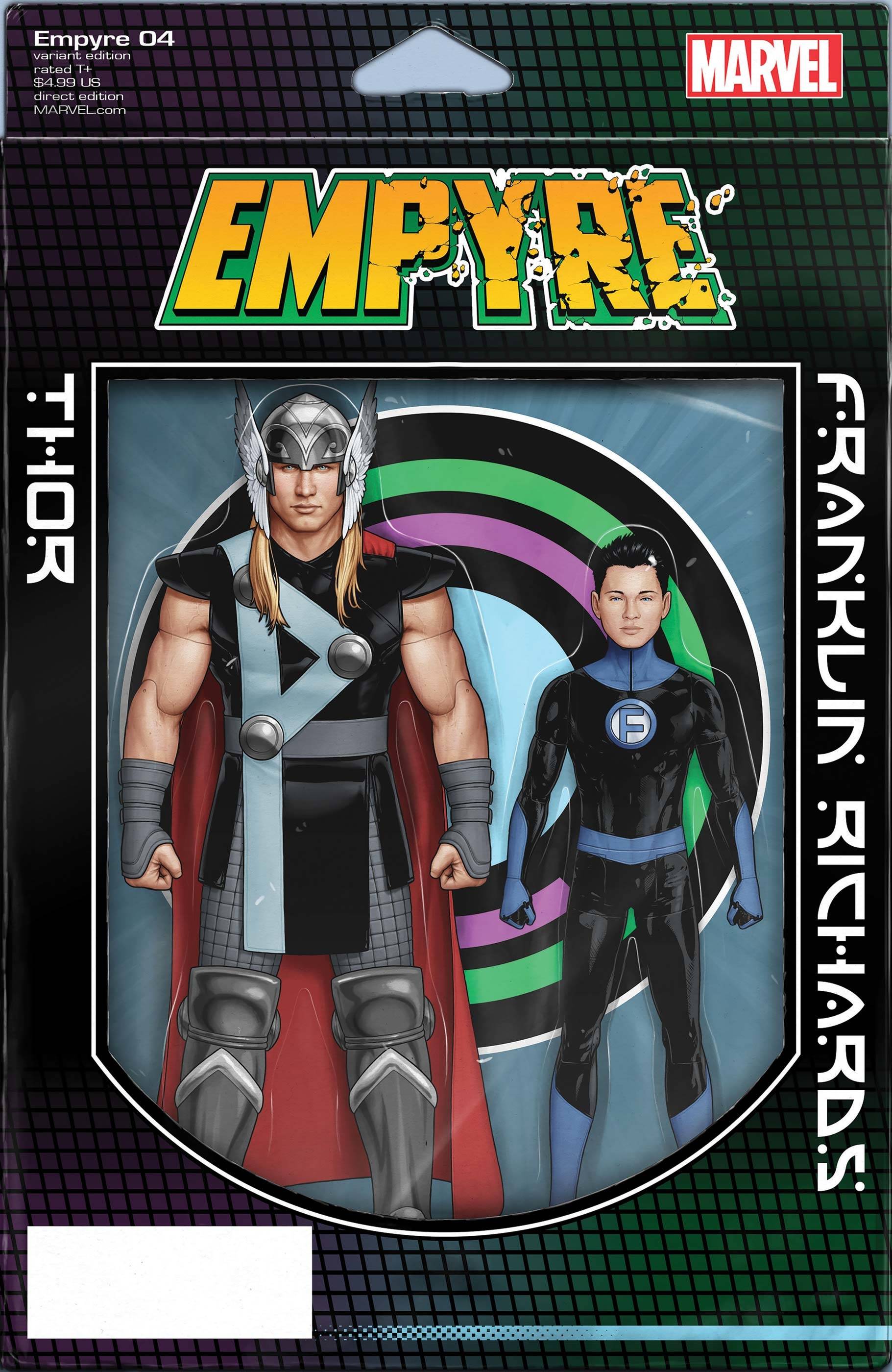 #
APR200849
(W) Al Ewing, Dan Slott (A) Valerio Schiti (CA) John Tyler Christopher
THE GRASS IS ALWAYS GREENER...
•  Tensions mount as the action heats up!
•  As the attack on Wakanda intensifies, the heroes find themselves under attack from their enemies - and their allies!
•  In a war where nobody can be fully trusted, betrayal cuts deep - as the alien invasion claims its first casualty!
•  In this issue: The shock ending you never expected! You'll want to frame it for your wall, True Believer!