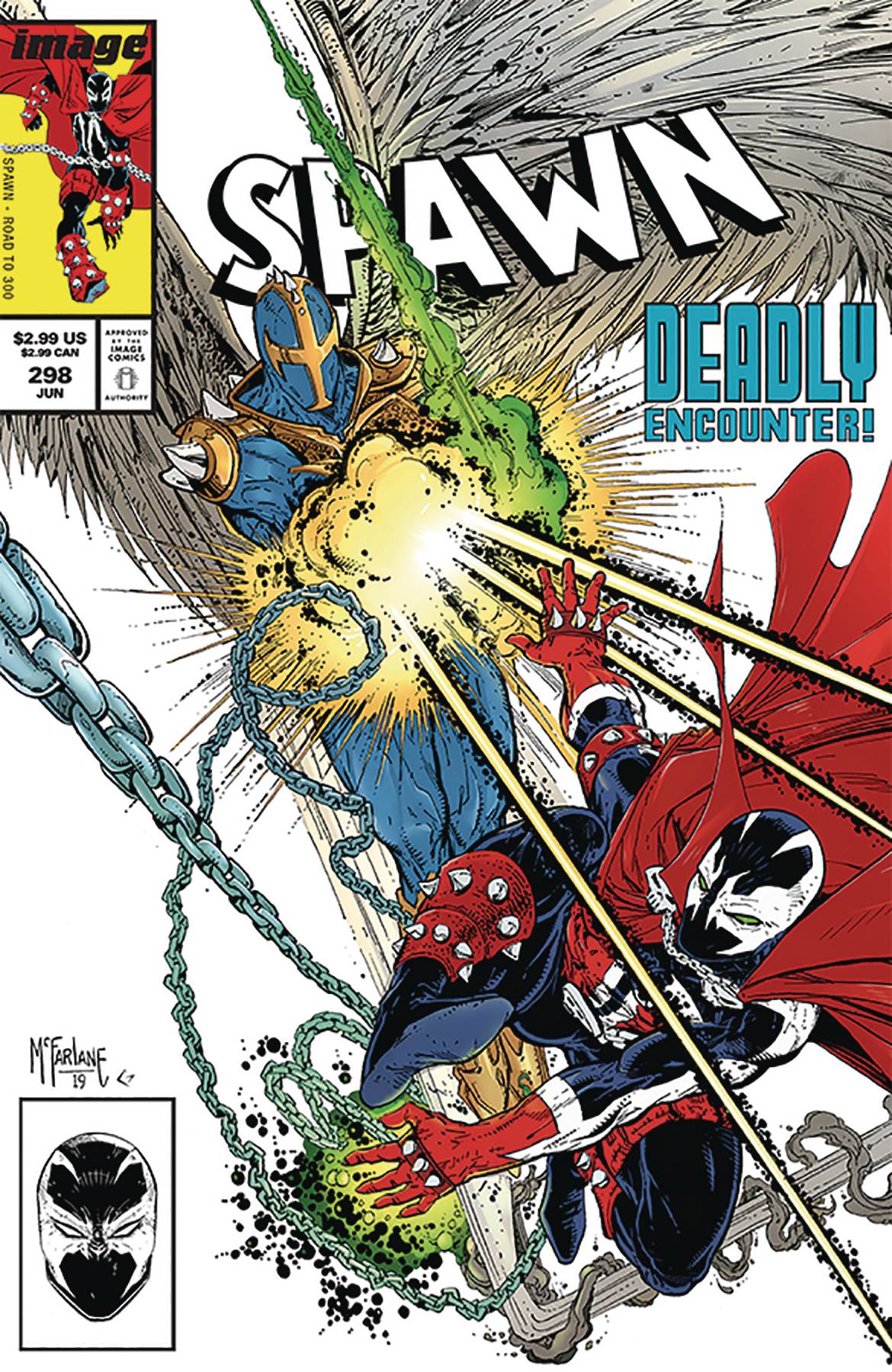 #
APR190026
(W) Todd McFarlane (A) Jason Shawn Alexander (CA) Todd McFarlane
"WAR TO 300," Part One-TWO ISSUES 'TIL SPAWN #300! Spawn vs. the full might of Heaven's newest Godsend-ROUND 1! TODD McFARLANE and JASON SHAWN ALEXANDER up the ante in this lead-up to SPAWN's record-setting 300th issue, featuring TODD McFARLANE's special parody recreation of one of his own classic comic book covers!
In Shops: Jun 26, 2019
SRP: $2.99
View All Items In This Series
ORDER SUBSCRIBE WISH LIST