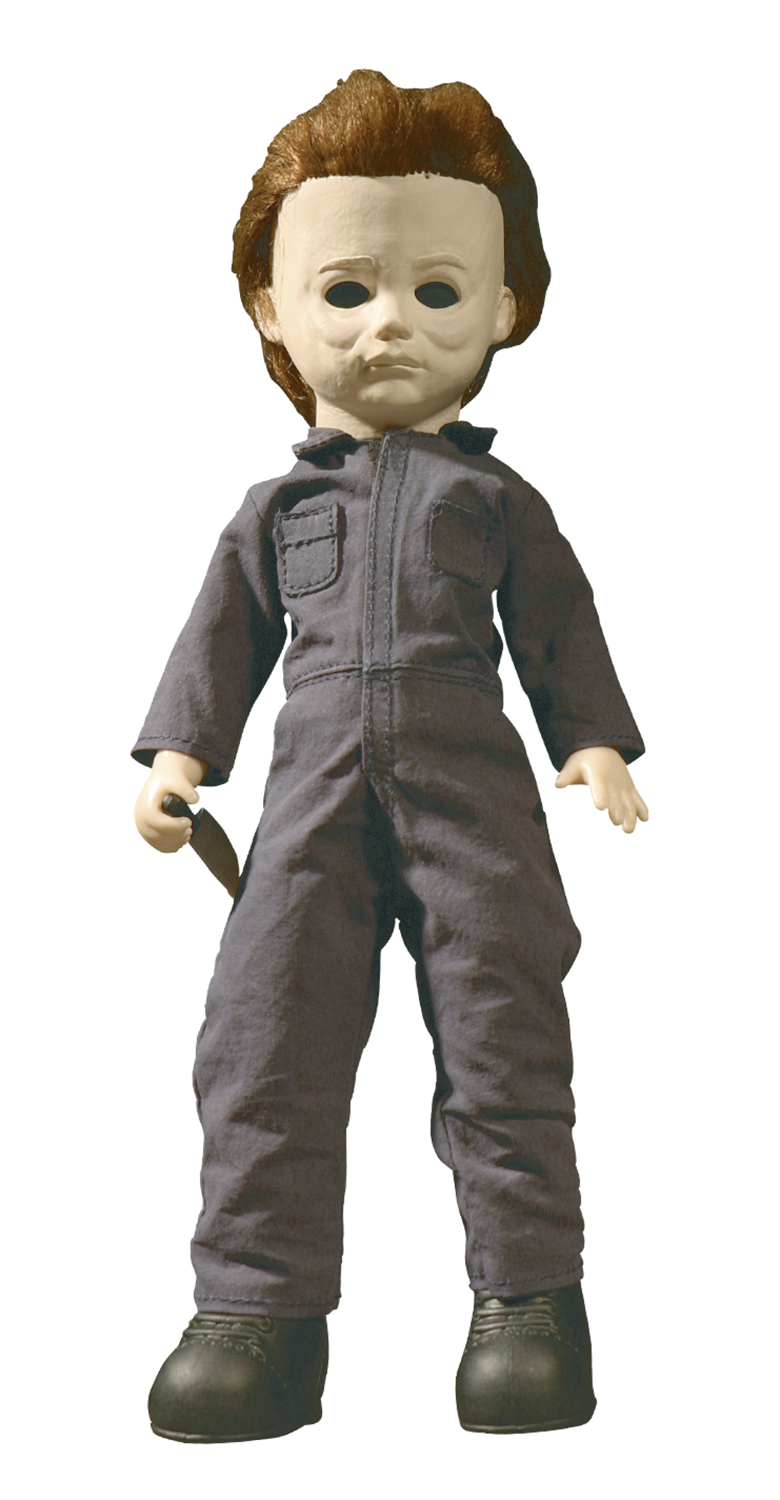 APR188229
From Mezco Toys. New Production Run! You can't kill the boogeyman! Straight out of the 1978 John Carpenter film Halloween, The Living Dead Dolls present Michael Myers. "The Shape," as he's referenced in the film, has become one of the most recognizable icons of modern horror. Nothing but darkness pierces through the all-new face sculpt of Michael's expressionless white mask. Featuring rooted hair and presented in his film-accurate blue coveralls, the terror of Haddonfield comes equipped with his signature kitchen knife accessory. Michael Myers stands 10" tall and features 5 points of articulation.