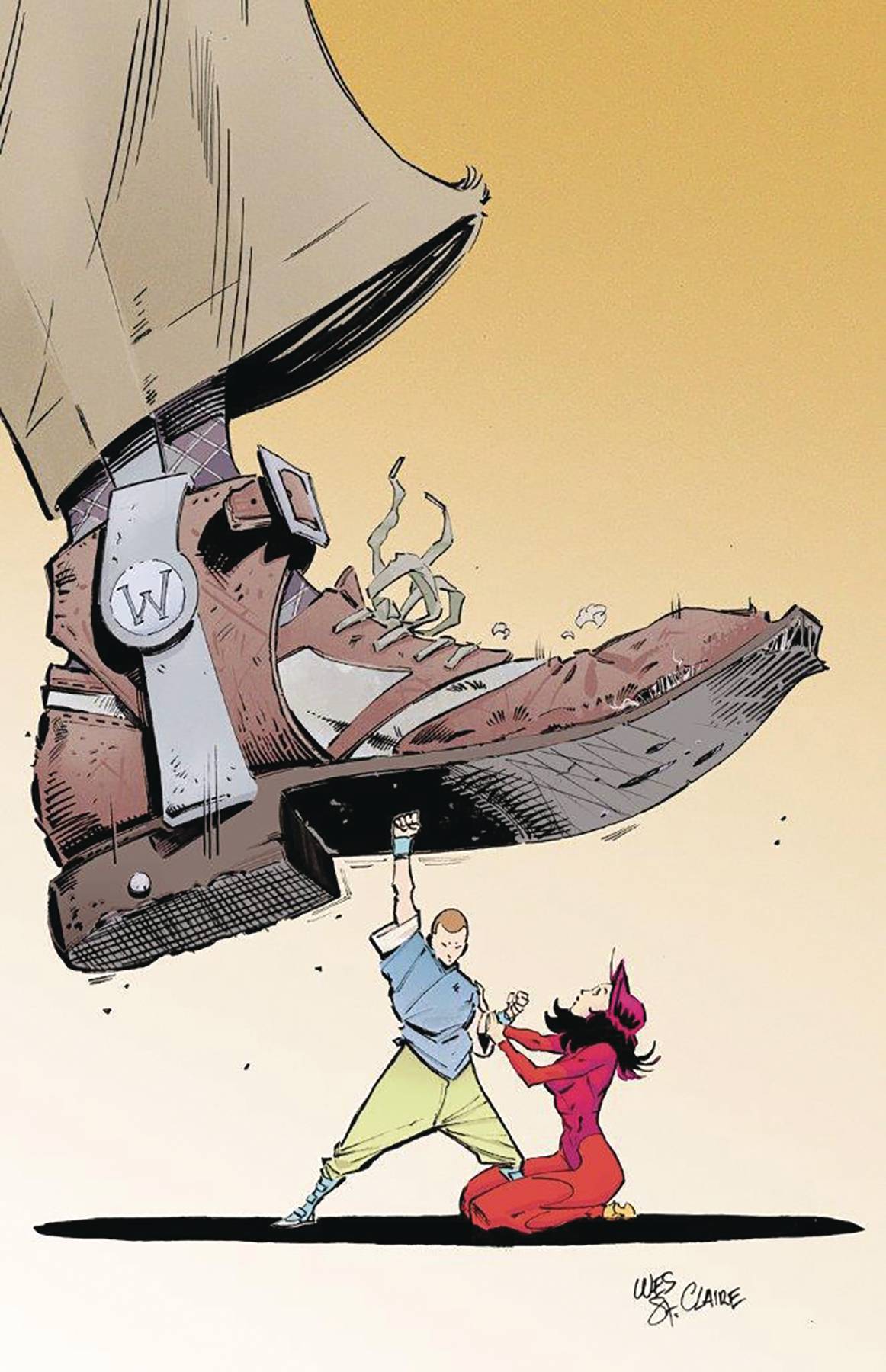 #
APR181241
(W) Jai Nitz (A/CA) Wesley St. Claire
Collecting the first five issue of this hit AfterShock series!
Fu Jitsu is the world's smartest boy, and has been for the last hundred years. Wait, what? Fu is an un-aging genius, and has had adventures around the globe and around the galaxy. From Einstein and the Wright brothers, to Gandhi and Johnny Unitas, Fu has met everyone in history while protecting Earth from Robert Wadlow, the world's tallest man, and his dangerous magi-science.
Fu exiles himself to Antarctica to try and forget the painful breakup with his ex-girlfriend, Rachel. Meanwhile, Wadlow returns from the far-flung future and sends James Dean, his ultimate assassin, to kill Fu at the South Pole. And you thought your teenage years were tough?
From Jai Nitz, the award-winning writer of El Diablo, Sucide Squad Most Wanted and Dream Thief comes this action-packed new series with art from Teen Titans Annual artist Wesley St. Claire!
"FU JITSU #1 is an infectious ball of fun. Jai Nitz and Wes St. Claire's sensibility is delightfully off-kilter." - Kent Falkenberg of Multiversity Comics
In Shops: Jun 27, 2018
SRP: $14.99
View All Items In This Series