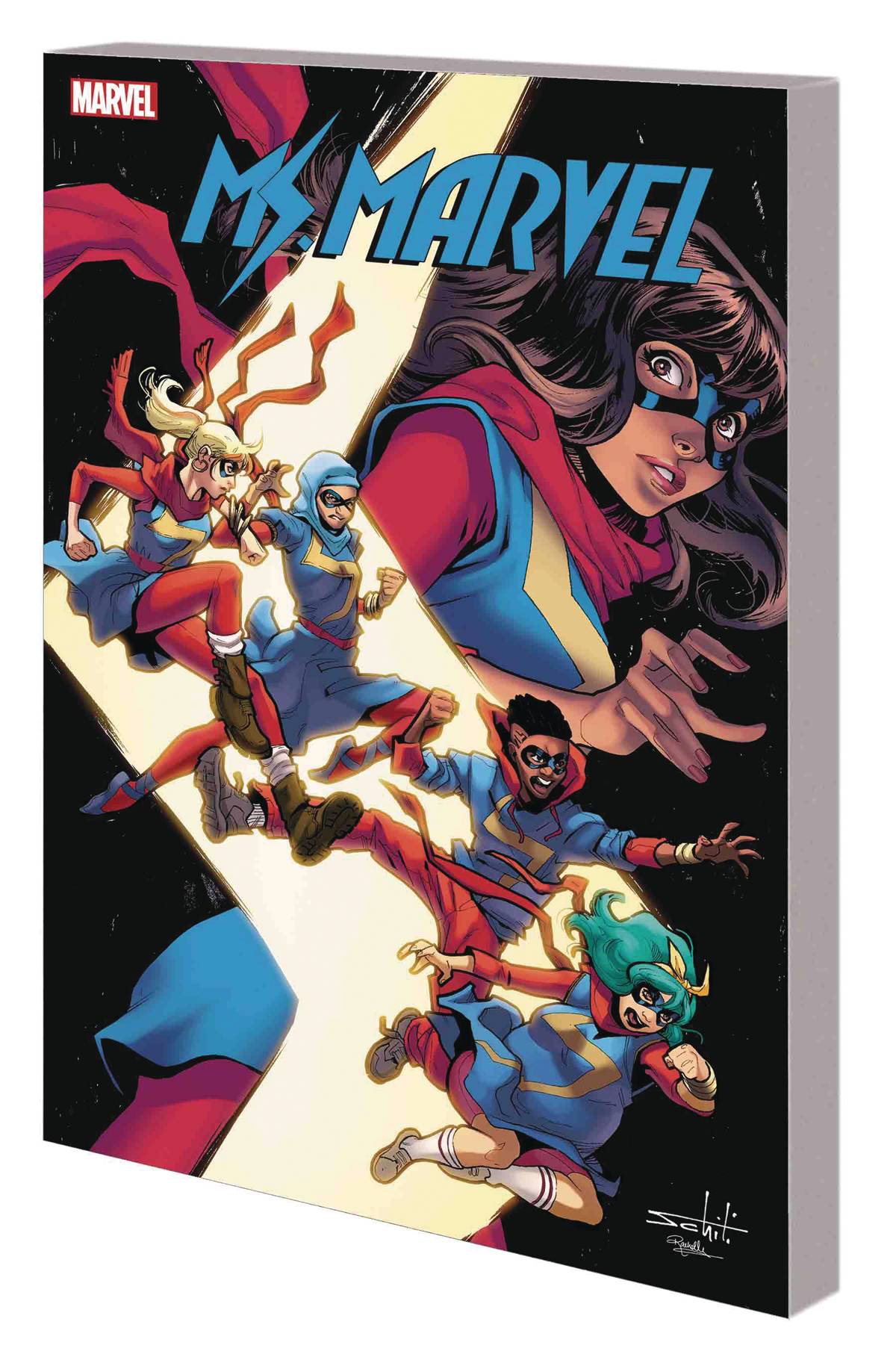 #
APR180868
(W) G. Willow Wilson (A) Nico Leon (CA) Valerio Schiti
Kamala Khan has vanished! But where has she gone, and why? Jersey City still needs heroes, and dozens have begun stepping up to the plate in the wake of Ms. Marvel's disappearance. The city's newest super hero, Red Dagger, and even ordinary citizens attempt to carry on the brave fight in Kamala's honor. Somehow, Ms. Marvel is nowhere...but also everywhere at once! Absent but not forgotten, Ms. Marvel has forged a heroic legacy to be proud of. But when an old enemy re-emerges, will anyone be powerful enough to truly carry that legacy - except Kamala herself? As her friends reach out for aid, Kamala's former idol, Captain Marvel, answers the call! But what happens when Bruno returns from Wakanda - and what will that mean for the Red Dagger? Collecting MS. MARVEL (2015) #25-30.
Rated T+
In Shops: Jul 18, 2018
SRP: $17.99
View All Items In This Series
ORDER SUBSCRIBE WISH LIST