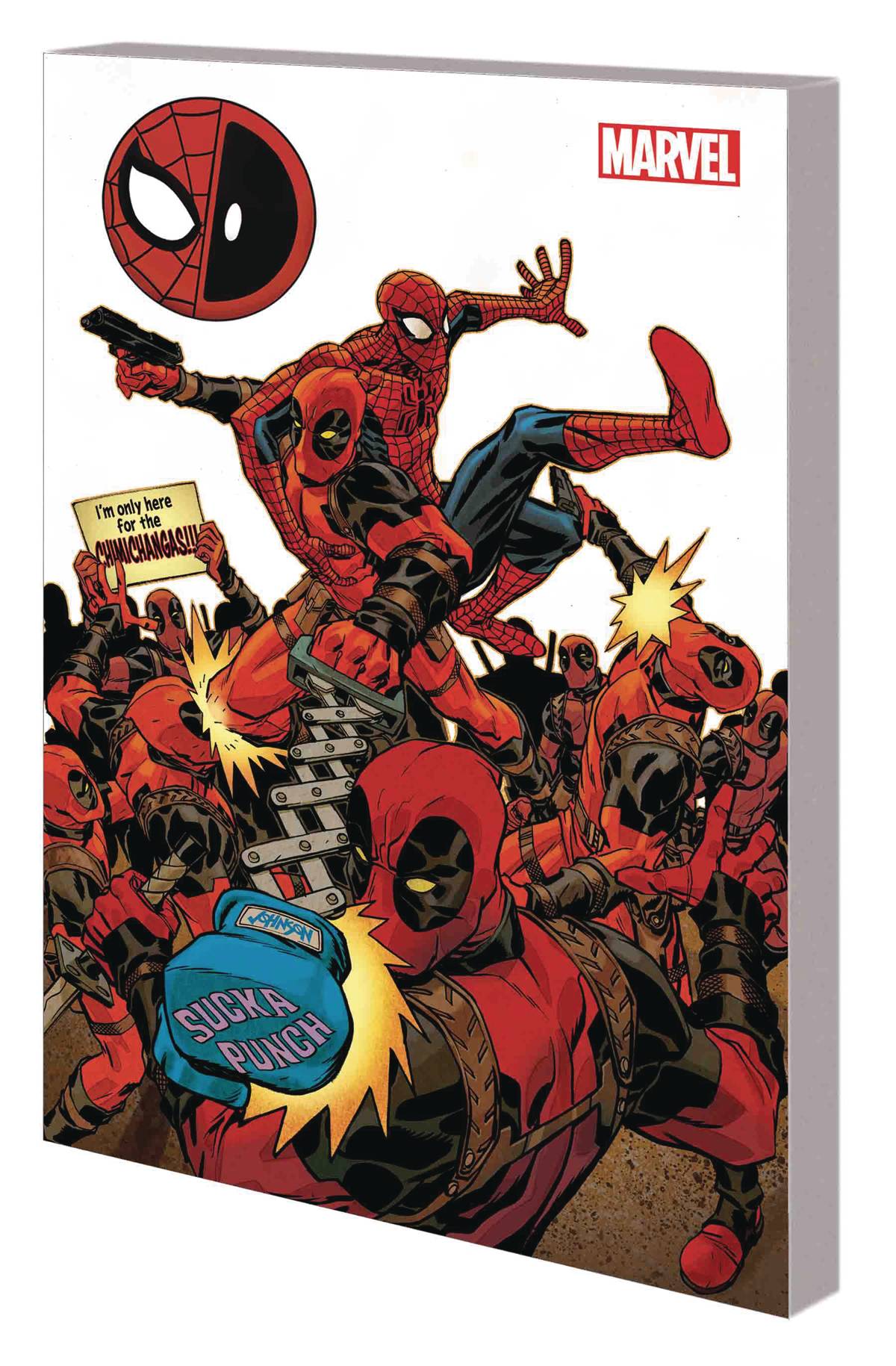 #
APR180866
(W) Robbie Thompson (A) Scott Hepburn, Chris Bachalo (CA) Dave Johnson
Spidey and Deadpool face a team-up in two eras! In the present, they're plagued by DP doppelgangers - while in the future, Old Men Parker and Wilson have troubles of their own! These two timelines are about to collide, courtesy of Clonepool! Who is he, what is he, and where did he come from? And do two grumpy old heroes stand a chance of righting wrongs committed by their younger selves when they, too, are faced with dozens of Doppel-pools? Meanwhile, our present-day pair's actions have grave consequences. Like, all-out-war-with-all-the-super-heroes-of-the-Marvel-Universe grave. Prepare to change the way you look at your favorite costumed champions - and we don't just mean Spidey and Deadpool! Plus: Who are the Fantastic Four of tomorrow? Collecting SPIDER-MAN/DEADPOOL #29-33.
Rated T+
In Shops: Jul 18, 2018
SRP: $15.99
View All Items In This Series
ORDER SUBSCRIBE WISH LIST