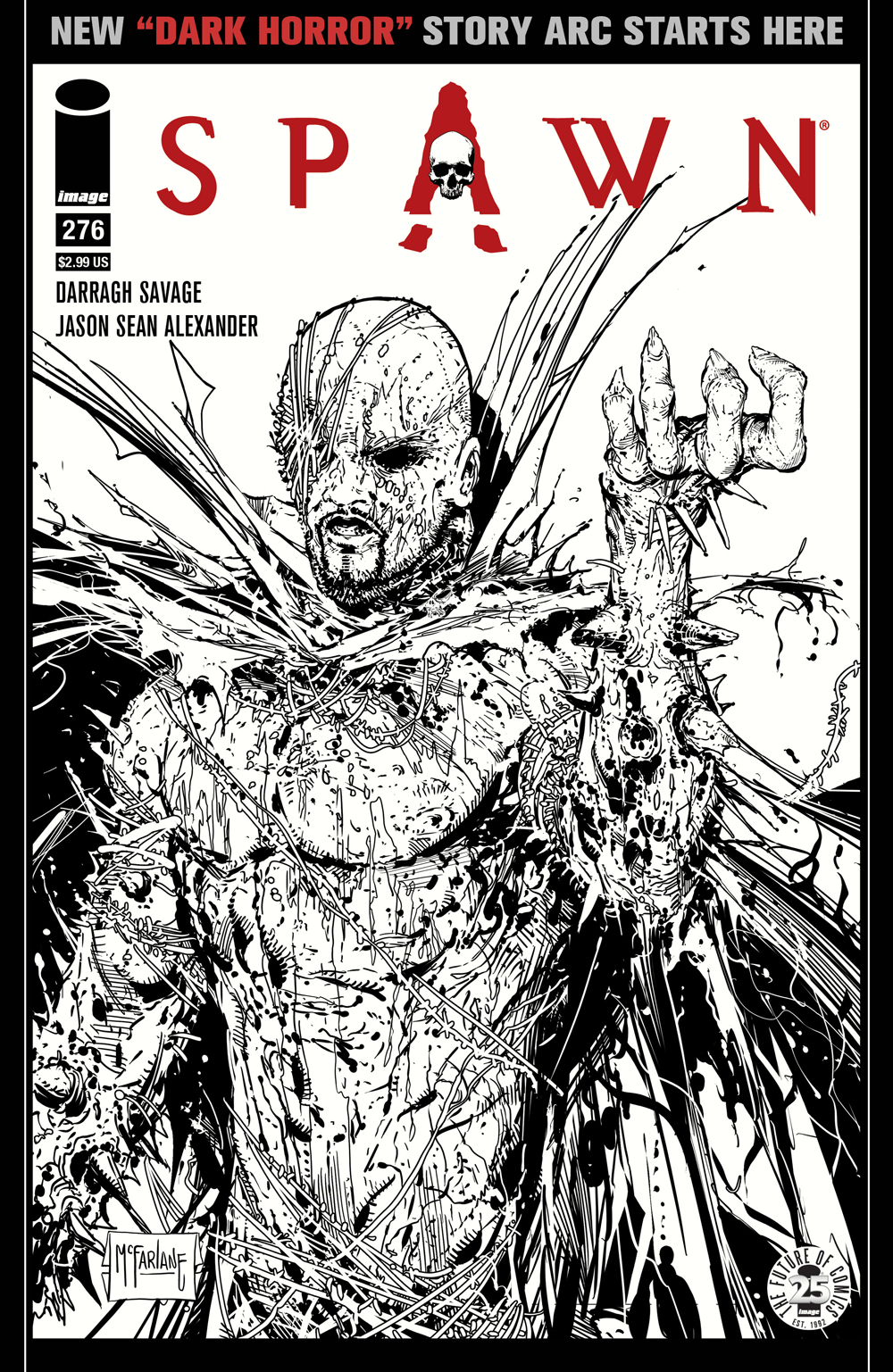 APR178250
(W) Darragh Savage, Jason Shawn Alexander (A) Jason Shawn Alexander (CA) Todd McFarlane
"DARK HORROR," Part One
An even darker new chapter in the SPAWN saga begins with a new creative team! Art by Eisner-nominated illustrator JASON SHAWN ALEXANDER, and story by DARRAGH SAVAGE & ALEXANDER (EMPTY ZONE).
On the other side of the world in Tokyo, a dark conspiracy is unleashed. An old enemy resurfaces. To combat this evil, Spawn will evolve NEW POWERS in order to inflict the same HORROR, pain, and destruction as Hell has done to him over the years.
In Shops: Jul 26, 2017
SRP: $2.99
View All Items In This Series
ORDER SUBSCRIBE WISH LIST