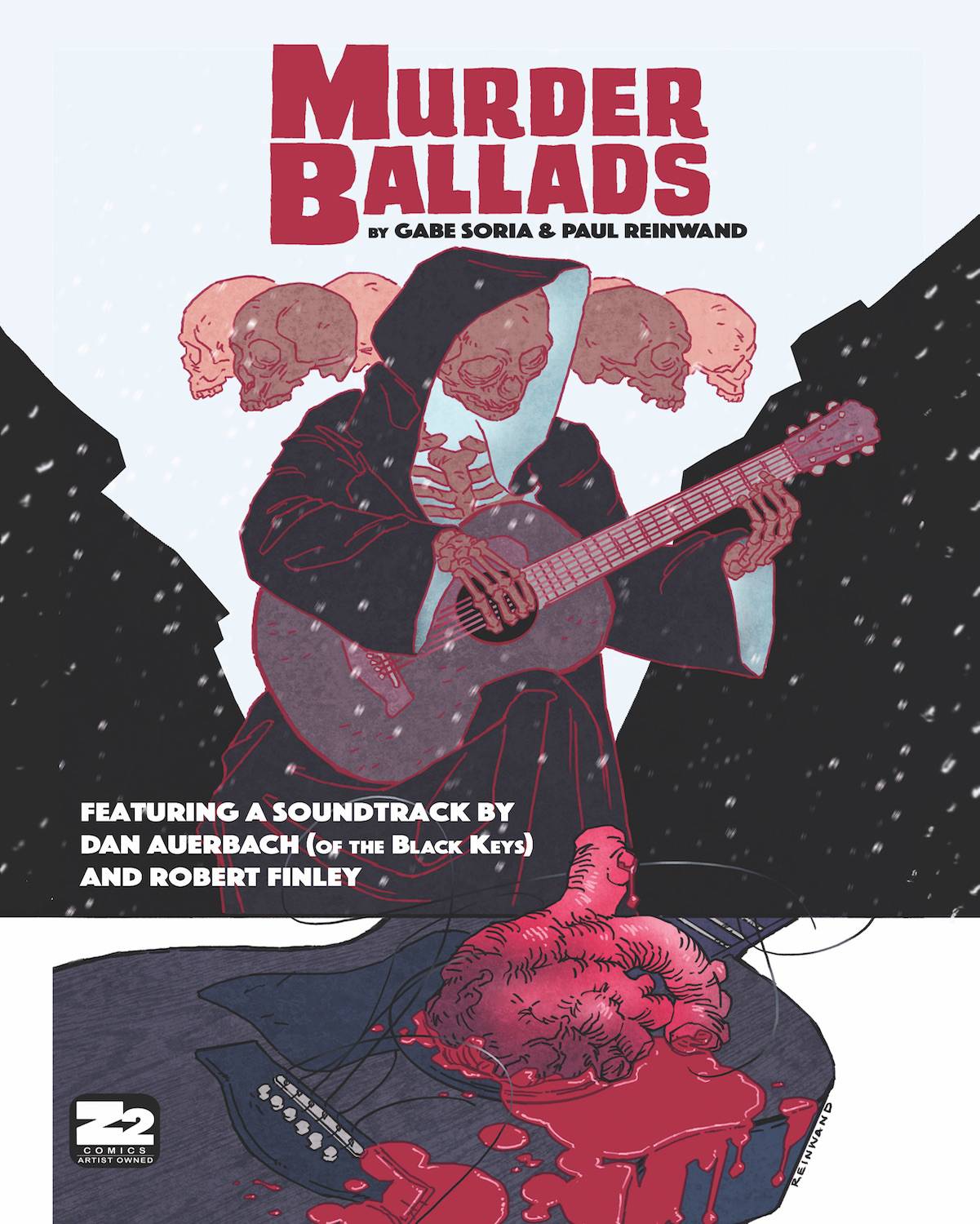 #
APR172207
(W) Gabe Soria (A/CA) Paul Reinwand
Featuring an original soundtrack from Dan Auerbach of the Black Keys and Robert Finley. A meditation on music, race, obsession, and how far someone will go to see their vision become real, Murder Ballads follows the fall and reinvention of Nate Theodore, the dead-broke and deadbeat owner of a failed record label who is on a cross-country drive in the dead of winter with his wife Mary, fleeing the wreckage of their business and heading towards the destruction of their marriage. But Nate is given an unexpected chance to redeem himself when, during an unscheduled detour, he "discovers" Donny and Marvell Fontweathers, two African-American brothers who play a singular version of doom-laden country blues.
In Shops: Jul 26, 2017
SRP: $24.99
ORDER WISH LIST