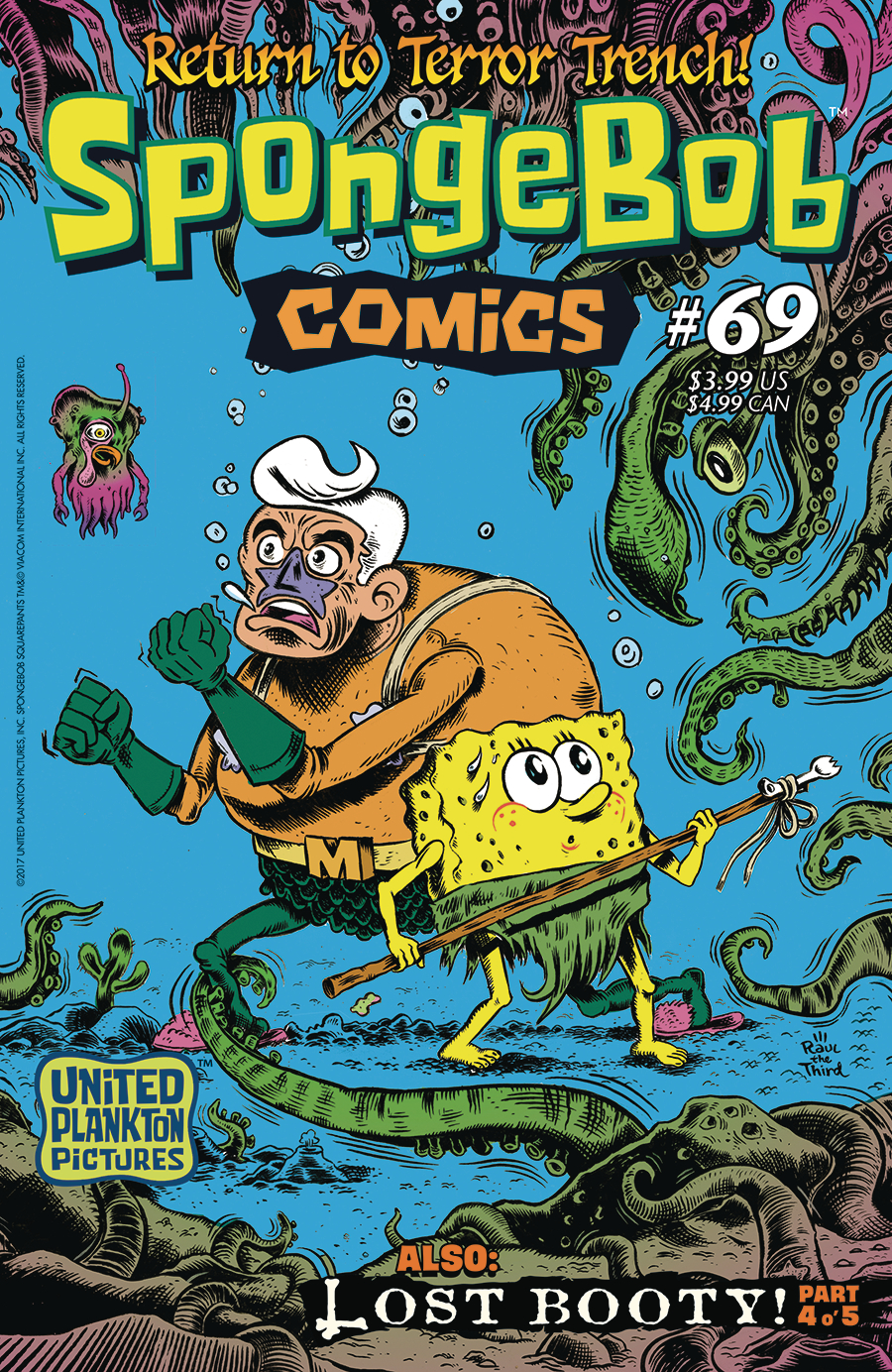 APR171379
(W) Dani Michaeli, Derek Drymon (A) Jerry Ordway (A/CA) Raul The Third
With SpongeBob in tow, Mermaid Man flashes back to a previously forgotten era of his heroic history--his adventures as Monster Master of Terror Trench! But what's the improbable secret of Mermaid Man's former monster sidekick? Find out as MM and SpongeBob "Return to Terror Trench!" Also: In part 4 of "Lost Booty" the quest of two humble pirates for the greatest SpongeBob comic ever continues... in the belly of a whale! Plus: "SpongeFunnies" by James Kochalka and ocean fact comics by Maris Wicks!
In Shops: Jun 14, 2017
SRP: $3.99
View All Items In This Series
ORDER WISH LIST