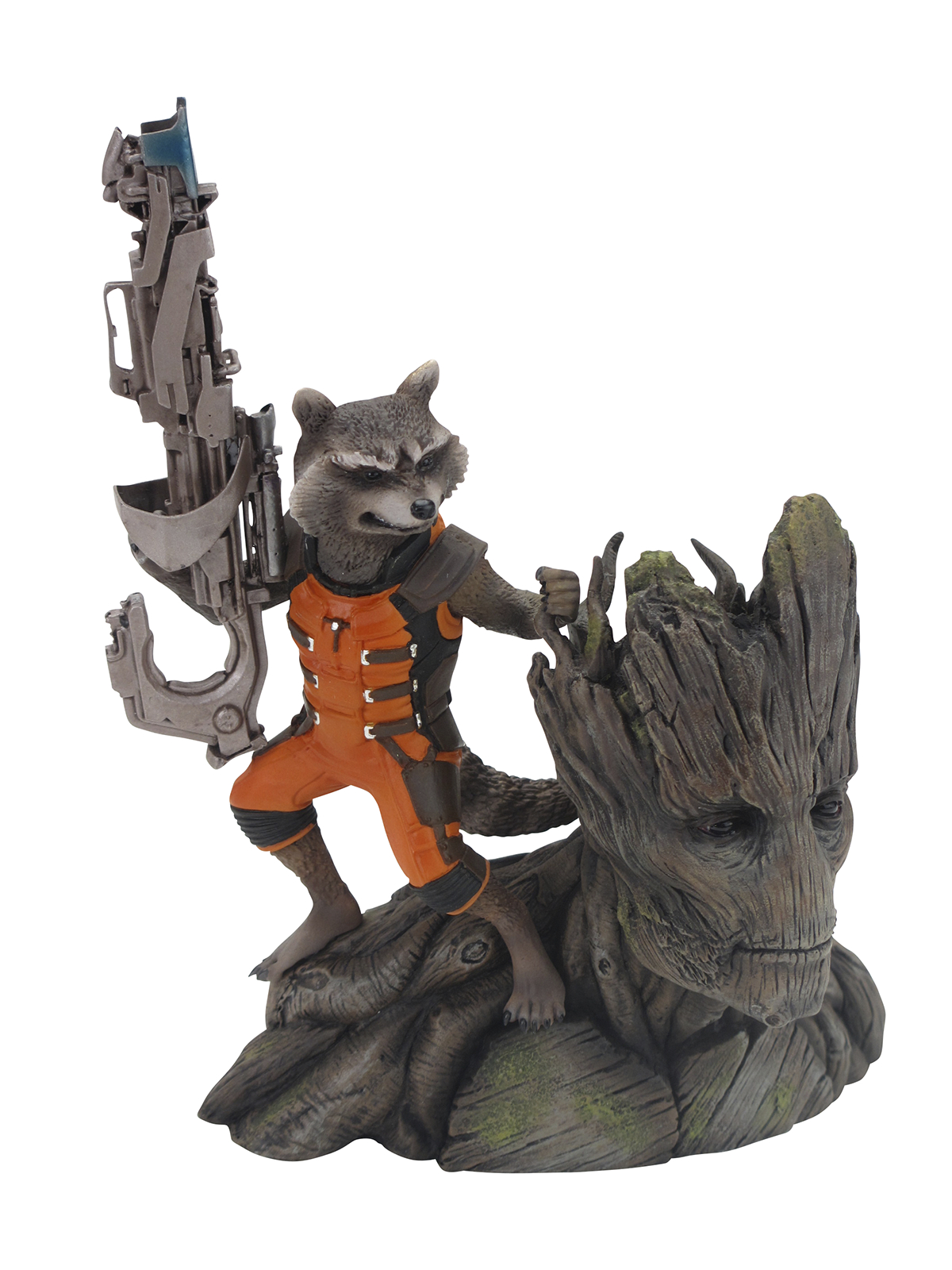 APR142092
A KOTOBUKIYA Japanese import! While the Marvel Now Avengers series of ARTFX+ statues continues this year, Kotobukiya is taking a break from that line to capture this summer's biggest movie star, GUARDIANS OF THE GALAXY ROCKET RACCOON!  Rocket, a highly intelligent alien creature that resembles an anthropomorphic Earth raccoon, first debuted in Marvel Previews #7 way back in 1976 and has been a mainstay in the company's "cosmic" books for years.  On August 1st he will hit the big screen (voiced by Bradley Cooper) alongside Star-Lord, Groot, and the rest of his pals in the blockbuster Guardians of the Galaxy film!
Rocket Raccoon is all business as he holds up an enormous futuristic cannon, carried into battle on the shoulder of his friend and ally Groot!  The small but tough as nails creature stands on his hind legs, resting one clawed hand on Groot's head while prepared to level his intimidating heavy weapon at any enemies who may still be standing.  Rocket wears a slick orange and black spacesuit that contrasts nicely with his intricately sculpted brown fur, and the tree branch texture of his friend adds yet another element to this fantastic presentation.  With his teeth bared in animalistic fury, the little Guardian of the Galaxy looks like he's ready to leap off Groot and directly into the action!
Sculpted by Junnosuke Abe (RESTORE), Rocket Raccoon reaches 5.6 inches high (in the ARTFX+ 1/10th scale) with his sci-fi weapon as he stands on Groot's shoulder.  A snarling raccoon in a spacesuit holding a big gun and standing on the shoulders of a tree man, this ARTFX+ Statue is guaranteed to be a centerpiece in your collection!
In Shops: Oct 22, 2014
SRP: $54.99
ORDER WISH LIST