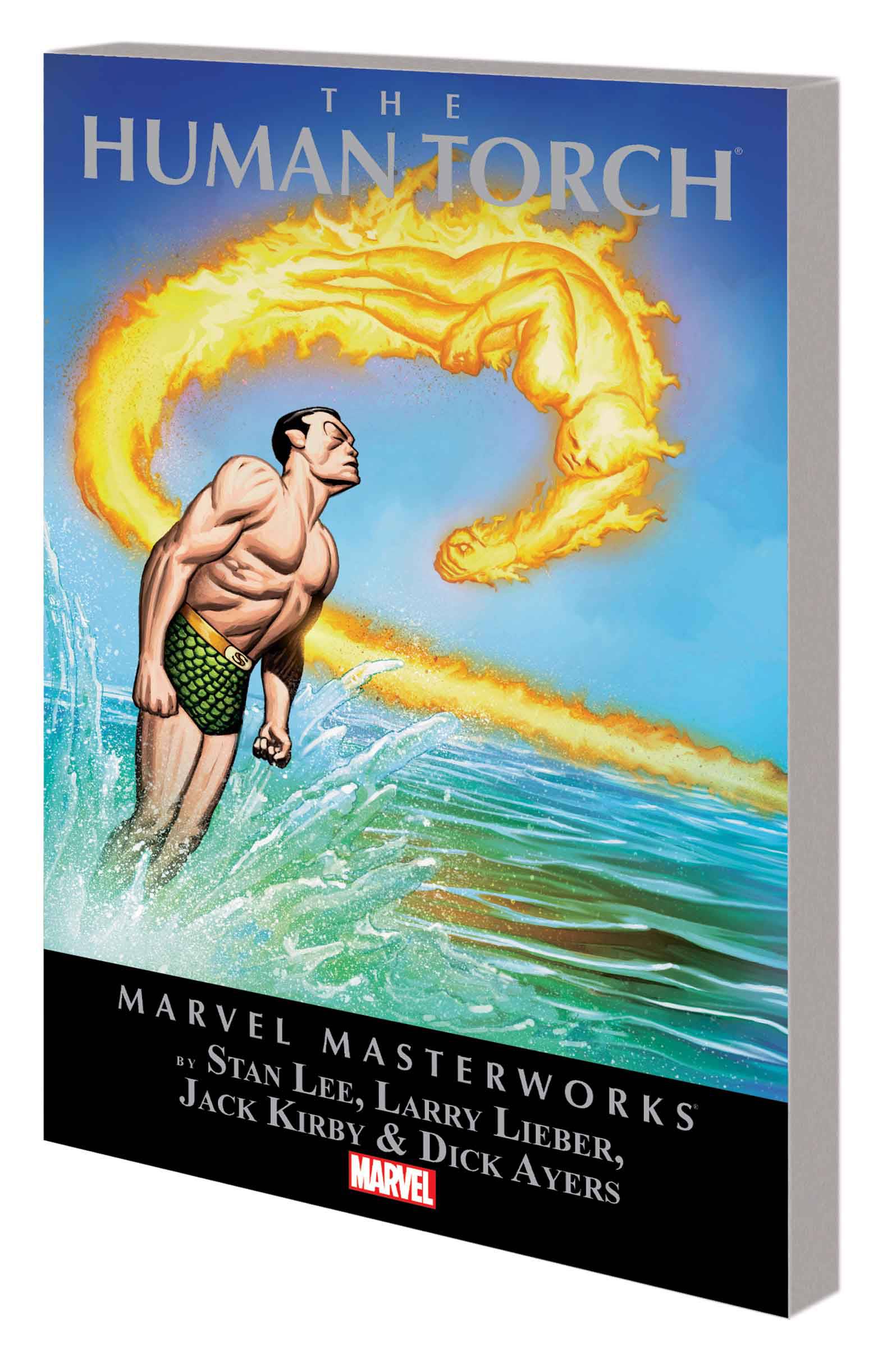 #
APR140760
(W) Various (A) Dick Ayers (A/CA) Jack Kirby
After the debut of a quiet little magazine called FANTASTIC FOUR and a relatively unknown teen hero named Spider-Man, Mighty Marvel decided to go out on a limb and put these two risky ideas together into a featuring starring - the Human Torch! And believe it or not, yes - even with that kind of pedigree - it was a sure-fire hit! Johnny Storm - the thrill-seeking, impulsive teen wonder of the Fantastic Four - set the world on fire in his scorchin' solo stories! Now, watch in wonder as the Torch goes to head-to-head against none other than Namor the Sub-Mariner, Spider-Man, Captain America, Paste-Pot Pete, the Wizard, the Sandman, the Living Bomb and more! If that ain't diagnosis teenage angst, then you can call me Freud! Collecting STRANGE TALES (1951) #101-117 and ANNUAL #2.
In Shops: Jun 25, 2014
SRP: $24.99
View All Items In This Series
ORDER WISH LIST