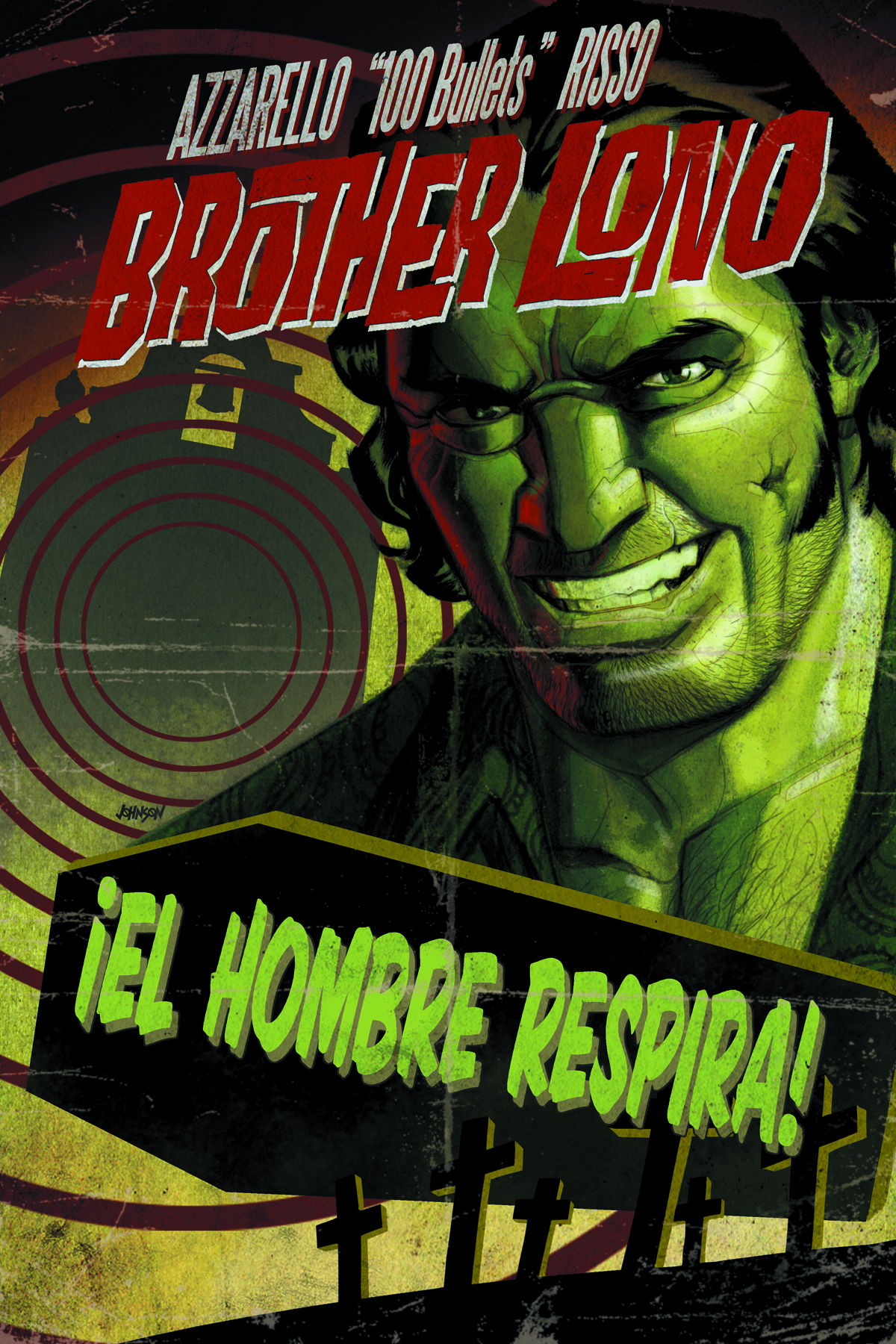 APR130246
(W) Brian Azzarello (A) Eduardo Risso, Dave Johnson
BROTHER LONO is a brand-new 8-issue miniseries set in the world of 100 BULLETS! The Eisner award-winning team behind 100 BULLETS-writer Brian Azzarello, artist Eduardo Risso, colorist Trish Mulvihill, letterer Clem Robbins and cover artist Dave Johnson-reunites to tell the story of the baddest Minuteman of all. When last we saw Lono in 100 BULLETS, Dizzy Cordova had shot him through the chest...but Lono always was too tough to die. Now, after the final events of 100 BULLETS, Lono finds himself in Mexico working on the side of the angels. But there's always more to a 100 BULLETS story, so pick up this EXTRA-SIZE first issue to see what's really going on with BROTHER LONO, the cold-blooded killer you hate to love!
In Shops: Jun 19, 2013
SRP: $3.99
View All Items In This Series
ORDER WISH LIST