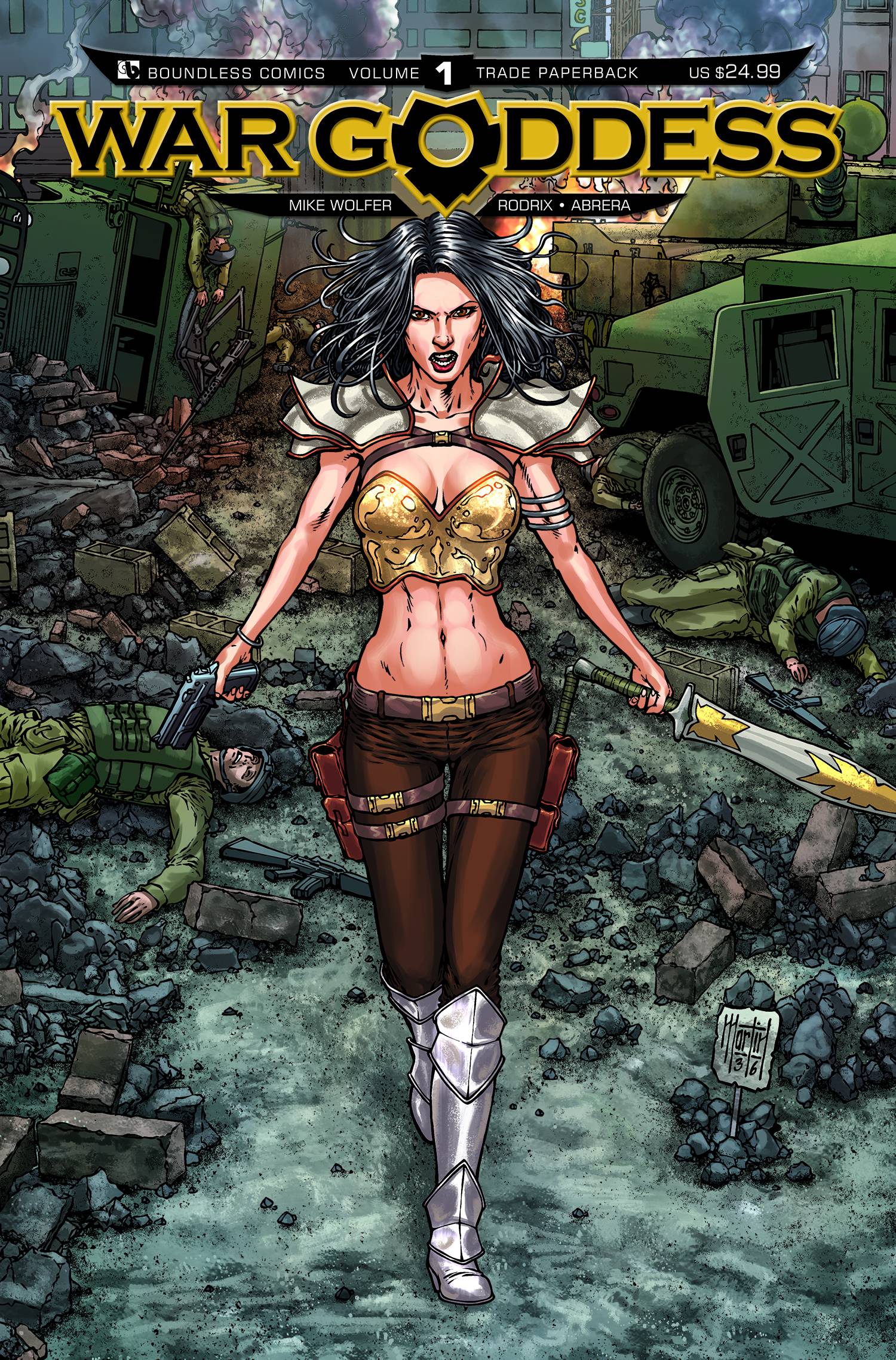 APR120960
(W) Mike Wolfer (A) Pow Rodrix, Andres Ponce (CA) Matt Martin
For centuries, the sins of man ravaged the Earth, and only the immortal Pandora, the very woman whose curiosity first unleashed that evil, could protect humanity.  After innumerable ages, she had finally completed her mission and settled into a life of leisure.  However, the mantle of War Goddess cannot be so easily set aside.  When a freak accident of science unlocks the doors to endless dimensions, all-new evils spill out into the world, and Pandora charges again into combat.  But to defeat the deadly Hellina and the malevolent legions that follow in her wake, the immortal heroine must assemble a supernatural line of defense... including the woman/spider hybrid Widow, whose savagery and thirst for blood might be the deciding factor between victory and Hell on Earth. Available in two editions, both with new covers from Matt Martin, the standard TPB and a Signed Hardcover that features autographs of Mike Wolfer and Matt Martin and is limited to just 1,000 copies!
In Shops: Sep 05, 2012
SRP: $24.99
View All Items In This Series