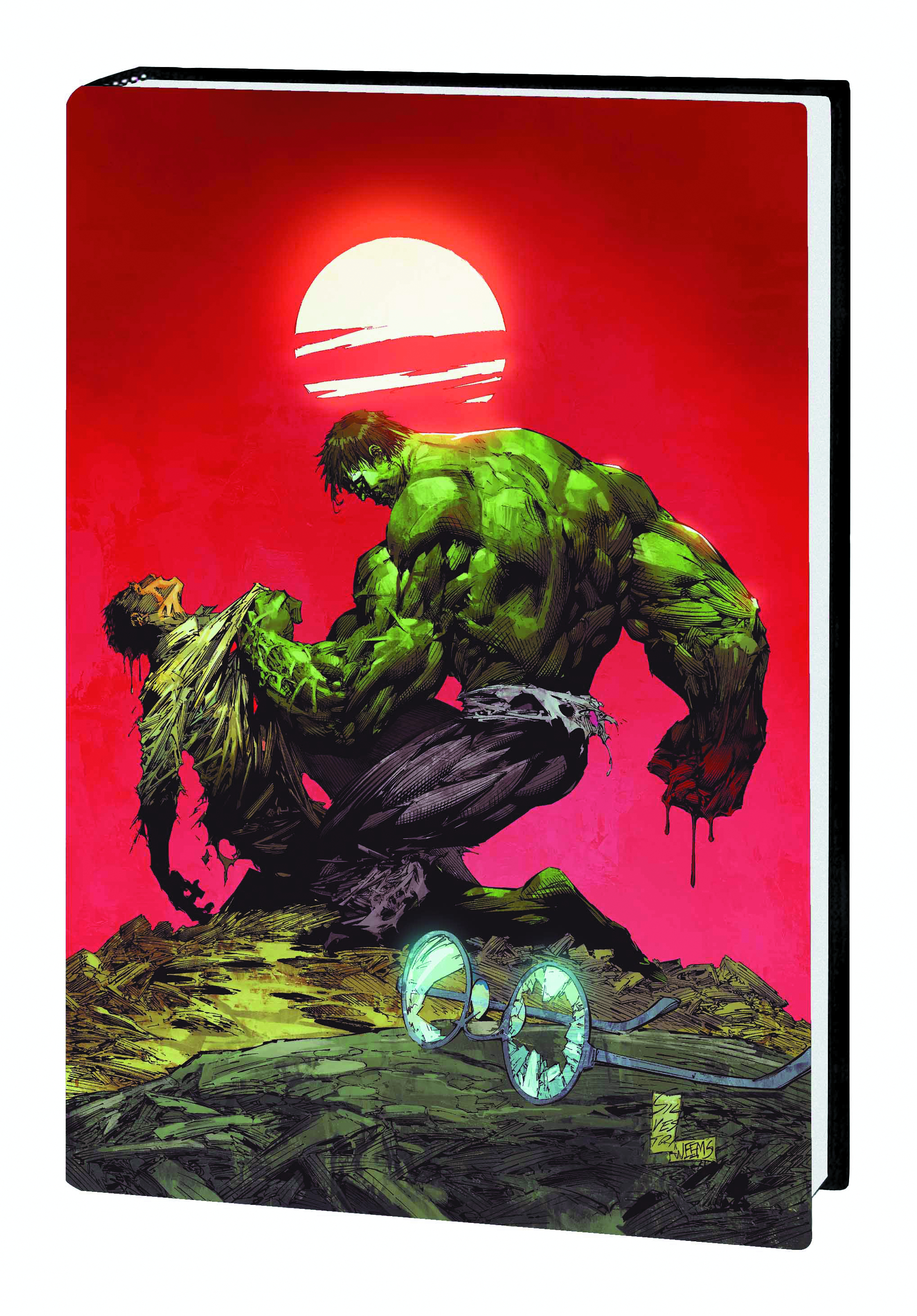 APR120698
(W) Jason Aaron (A) Mike Choi, Whilce Portacio (A/CA) Marc Silvestri
Marvel Architect Jason Aaron joins forces with legendary artist Marc Silvestri! The Hulk and Bruce Banner are now separate entities - but Bruce wants the Hulk back. The Hulk is assigned to take Banner down, but Bruce isn't going without a fight. As the Hulk makes an alliance with mad scientist hunter Amanda Von Doom that changes his destiny forever, Banner unleashes his army of Hulked-out monsters! It all culminates in the fight everyone's been waiting for: HULK VS. BANNER! Collecting INCREDIBLE HULK (2011) #1-7 and material from FEAR ITSELF #7.