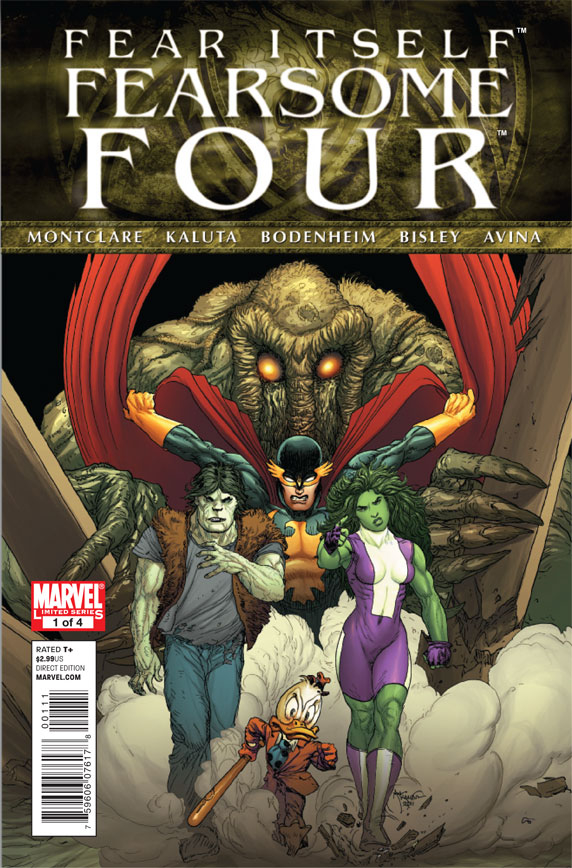 APR110548
(W) Brandon Montclare (A) Ryan Bodenheim (A/CA) Michael William Kaluta
Written by BRANDON MONTCLARE
Pencils by MICHAEL KALUTA & RYAN BODENHEIM
Cover by MICHAEL KALUTA
FEAR ITSELF TIE-IN
FOUR MARVEL HEROES SUCCUMB TO FEAR ITSELF!
Do you fear... your protectors turning on you? Man-Thing has gone mad as fear consumes the world, and Manhattan will burn. The only heroes that seek to stop him have given into fear themselves, and no one is safe! Ryan Bodenheim illustrates the dark side of the Marvel universe as a team of monstrously talented artists spotlight Fear Itself, each through the eyes of a fallen hero. Eisner Hall of Famer Michael Kaluta leads the charge, transforming Nighthawk into the most frightening vigilante you've ever seen!
32 PGS./Rated T+