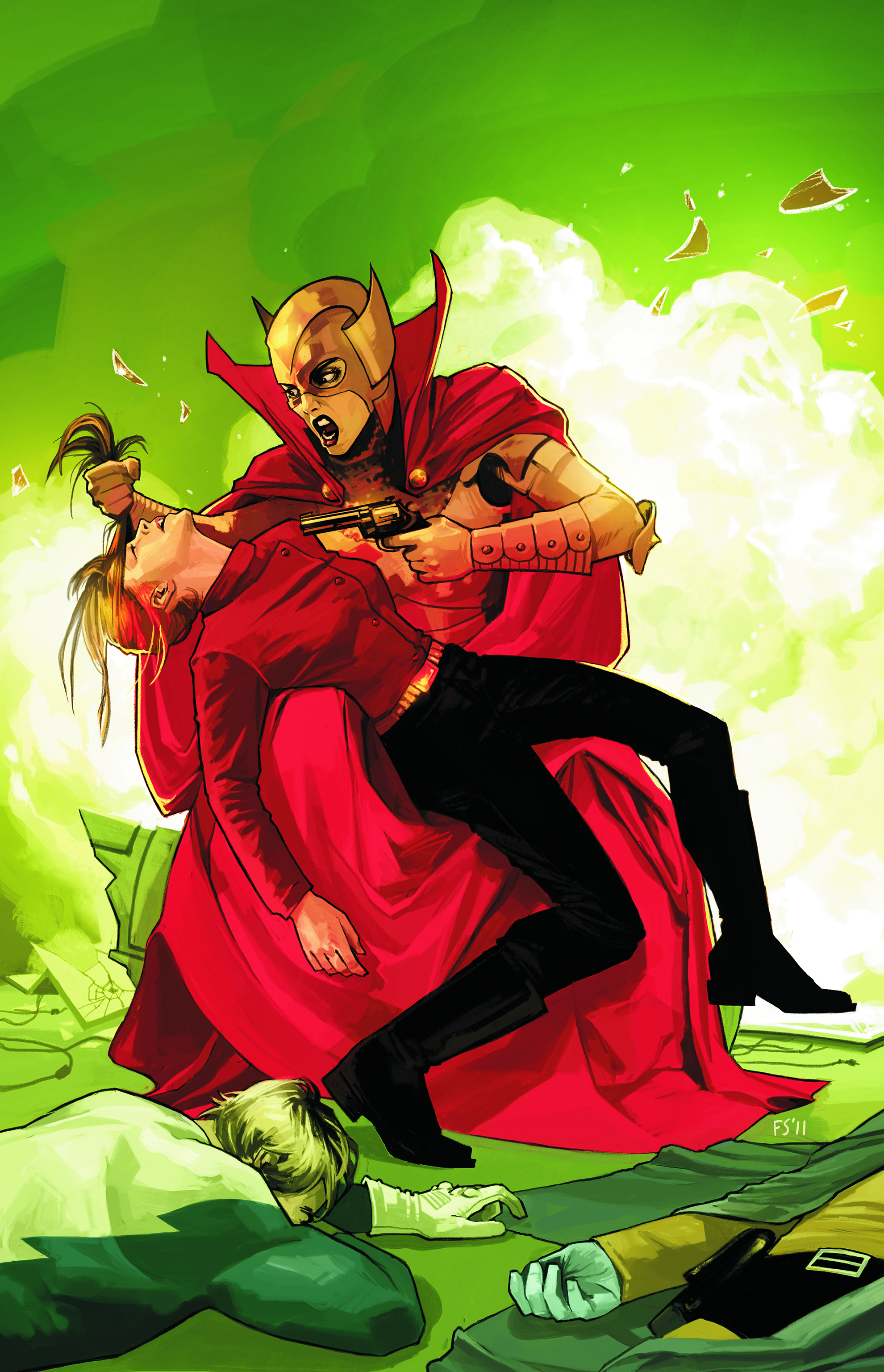 APR110182
(W) Nick Spencer (A) Bit, CAFU (CA) Fiona Staples
Written by NICK SPENCER
Art by CAFU and BIT
Cover by FIONA STAPLES
The Iron Maiden attacks the T.H.U.N.D.E.R. Agents' headquarters, determined to take control of their supercomputer called Daniel. How much of life is fate and how much chance? Daniel may have the answers, and Iron Maiden is willing to kill anyone to learn them. That won't stop the T.H.U.N.D.E.R. Agents, though - being willing to die is literally part of the gig!
On sale JUNE 8