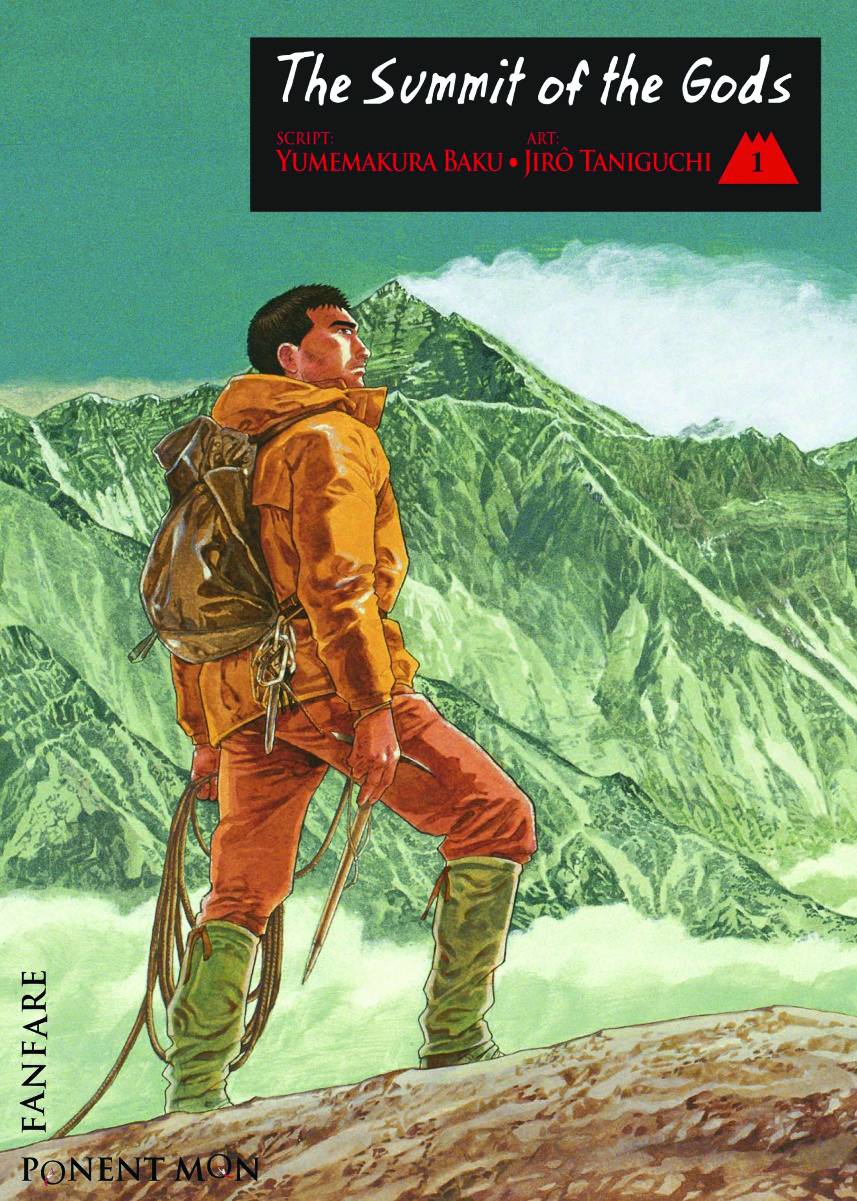 #
APR090822
(W) Yumemakura Baku (A/CA) Jiro Taniguchi
Why climb Mount Everest? Englishman George Herbert Leigh Mallory said in reply, "Because it is there" in a March 1923 interview with The New York Times. On his third expedition to the mountain in June 1924, Mallory disappeared on the North-East ridge during his ascent, having been sighted only a few hundred yards from the summit. In 1993, Makoto Fukumachi, photographer for a Japanese expedition, stumbles across an old Kodak camera. Could it be Mallory's camera? What does its discovery mean for the history of mountaineering and Everest itself?
In Shops: Jun 24, 2009
SRP: $25.00
View All Items In This Series
ORDER WISH LIST