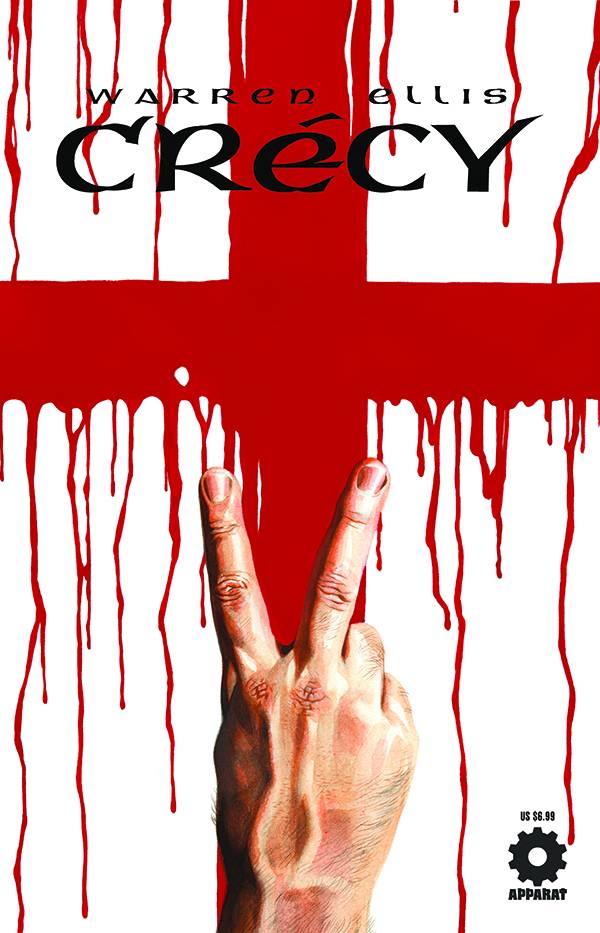 #
APR073424
(W) Warren Ellis (A) Raulo Caceres (CA) Felipe Massafera
An all-new printing on the critically acclaimed Warren Ellis historical epic, Crecy!  A highly trained but under equipped army invades another country due to that country's perceived threat to home security.  The army conducts shock-and-awe raids designed to terrify the populace.  This army is soon driven to ground, and vastly outnumbered.  The English army has to stand and fight, in Crecy, France.  On 26 August 1346, modern warfare changed forever.  This is the story of England's greatest battle.  Featuring the stunningly detailed art of Raulo Caceres.
In Shops: Jul 25, 2007
SRP: $6.99
ORDER WISH LIST