Take the Plunge with Deep Beyond this February 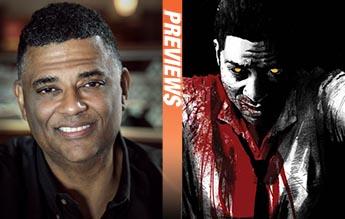 PREVIEWSWorld talks with the prolific Rodney Barnes to talk about his five favorite horror films, what scares him, and what inspired his love of the genre.

Interview: Music For The Apocalypse in 'What's the Furthest Place From Here?'
Oct 05, 2021