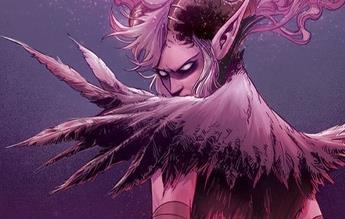 The two collaborators will put a fresh spin on the beloved high fantasy series and promise fans even more adventure to come this October.

Kevin Wada’s 'Getting It Together' Homage Variant to Sex and the City Revealed
Sep 10, 2020