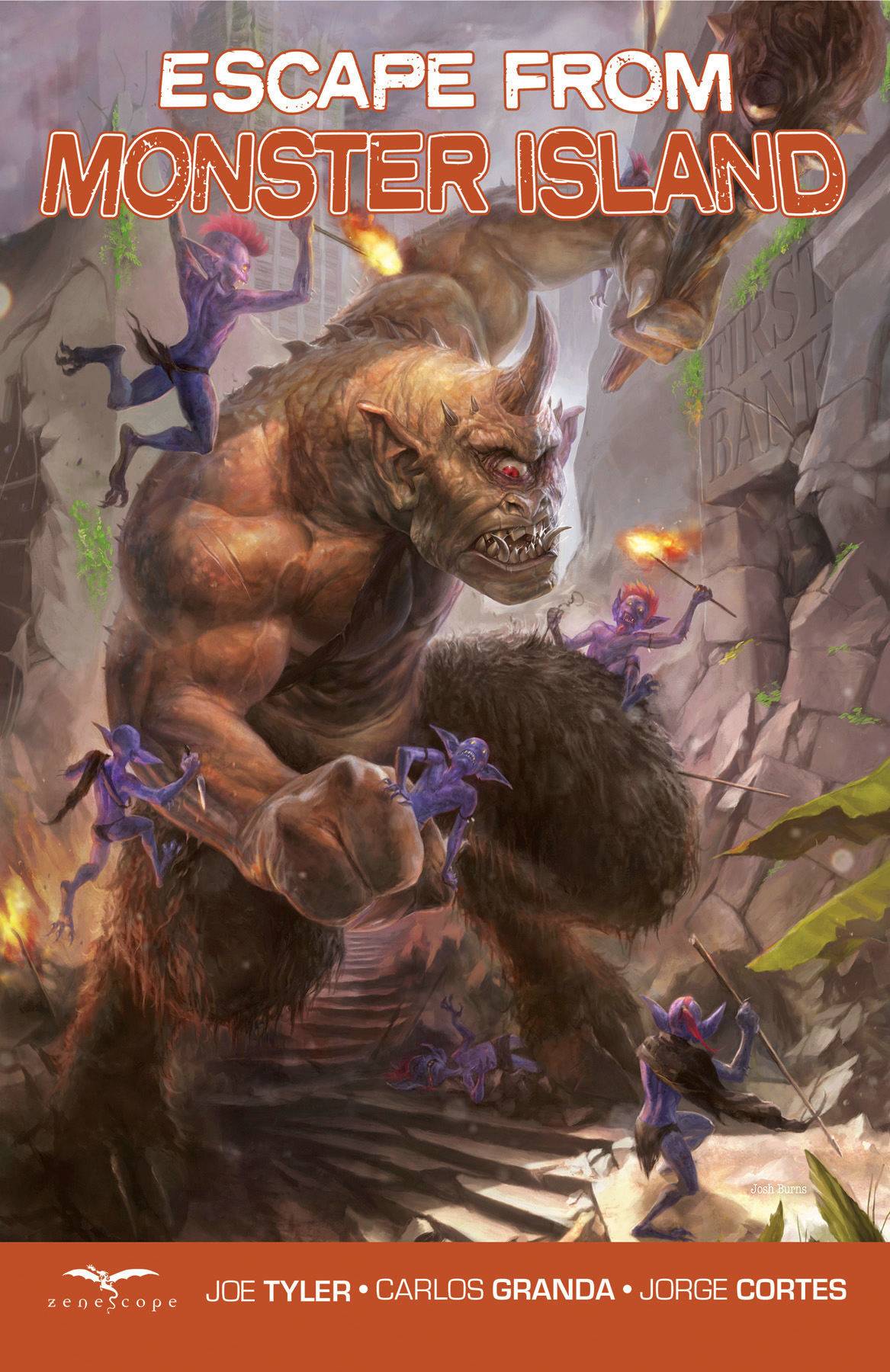 #
MAY162011
(W) Ralph Tedesco, Joe Brusha (A) Carlos Granda (CA) Diego Cortes
Years ago, unbeknownst to the public, the U.S. government built a walled city on an abandoned island in the Pacific Ocean. The purpose of this city was to house an experimental testing facility for a multitude of monsters that had been captured over the years.  In 2012 disaster struck and the island was evacuated and is now overrun by a multitude of different terrifying creatures and beings. But something extremely valuable was left behind and some very rich people want it. And the only way to get what they want is by sending a mercenary unit into the most dangerous place in the world: Monster Island.
Collects Escape From Monster Island #1-6
In Shops: Nov 30, 2016
SRP: $15.99
ORDER WISH LIST