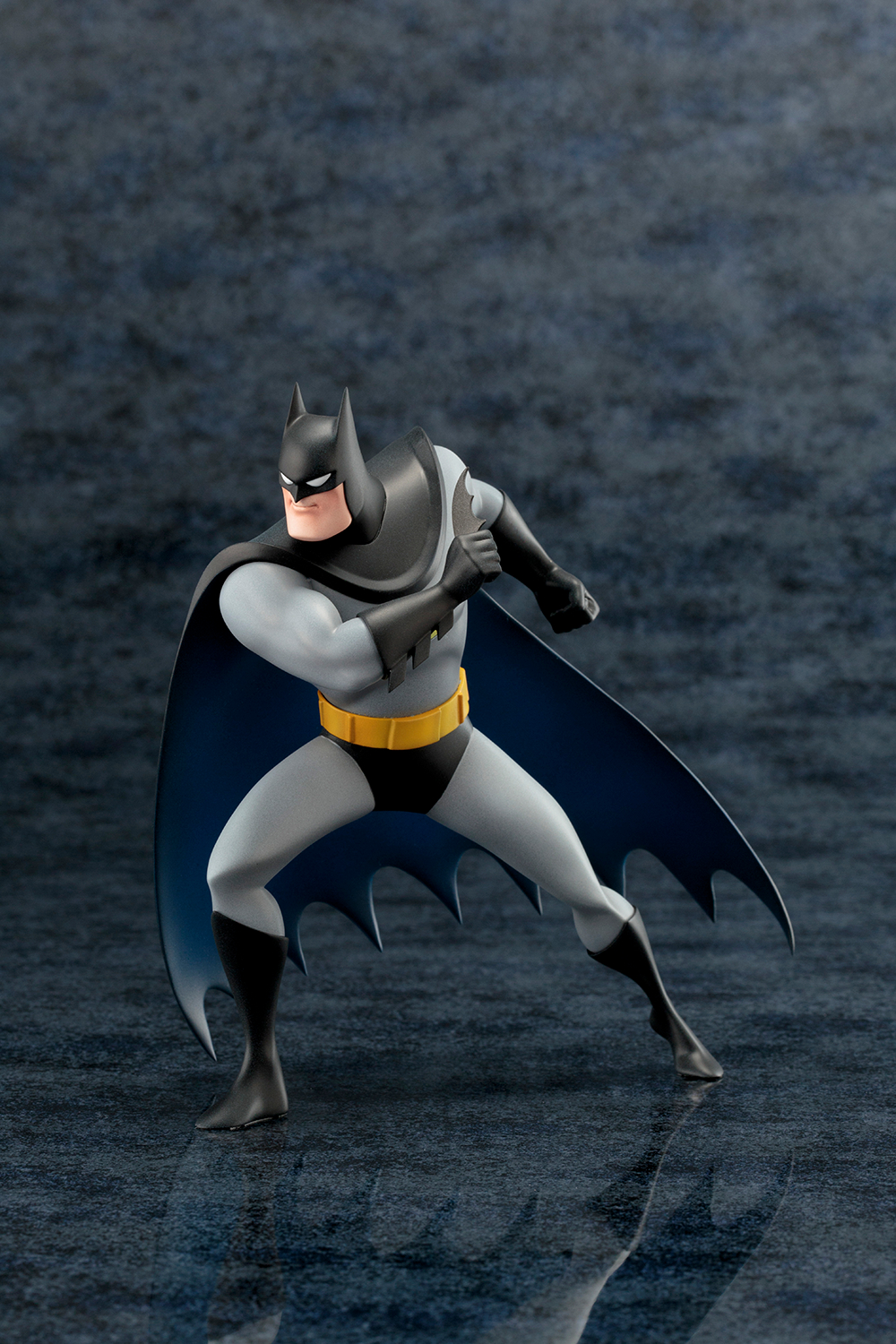 JUN162701
A KOTOBUKIYA Japanese import! Kotobukiya's awesome 1/10th scale DC Comics collection has brought you New 52 heroes and villains, Classic Costume retro-inspired figures, and more, and now it expands into a whole new world with one of the most popular incarnations of the Dark Knight ever, BATMAN ANIMATED! That's right, Batman: The Animated Series is the inspiration behind this new statue, and it perfectly recreates the Caped Crusader in the iconic Bruce Timm animated style. Batman is captured in a wide stance, ready to spring into action against the superstitious, cowardly lot if bad guys who call Gotham City home. Bruce Wayne has never looked better with his chunky proportions and bold costume, primarily gray and black with a bright yellow utility belt, black and yellow bat-symbol, and a cool blue shadow effect on the inside of his cape. Of course, all of the familiar bat elements are included like the scalloped cutouts on his cape, pointy cowl, and the blades on his forearms. Best of all, Batman comes with multiple interchangeable parts so you can customize your display with three different sets of eyes (normal, squinting, and "weak"), three facial expressions (open mouth, scowl, and clenched teeth), and three poses for the right hand (thumbs up, holding a batarang, or holding a grapnel gun)!
Sculpted by Keita Misonou, Batman Animated stands just under 7 inches tall (1/10th scale) on his included magnetic display base with perfect stability. He's the perfect centerpiece for your Batman: The Animated Series collection and looks great alongside other Batman statues from Kotobukiya.
In Shops: Dec 07, 2016
SRP: $49.99