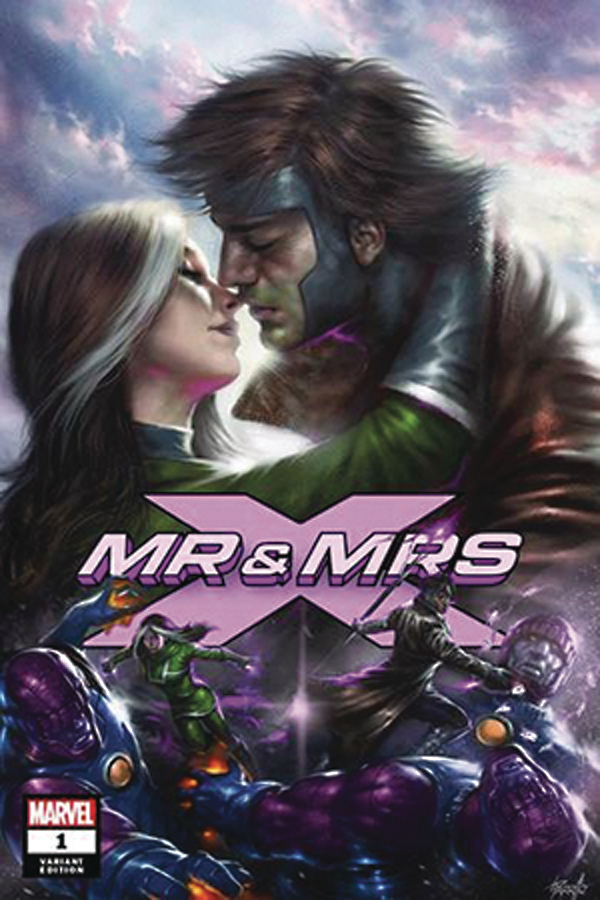 AUG181877
LOVE & MARRIAGE PART 1! Straight from the pages of X-MEN GOLD...to the surprise of everyone, the Marvel Universe's hottest couple has finally tied the knot! In their extraordinary lives, they've faced nearly every challenge imaginable, but how will they fare against former flames making trouble? An entire galaxy in jeopardy? You want it? We got it, as Kelly Thompson (HAWKEYE, ROGUE & GAMBIT) and Oscar Bazaldua (SPIDER-MAN, STAR WARS: ROGUE ONE) bring you the tantalizing tale of a modern marriage...X-MEN STYLE! INTRO PRICED FOR A LIMITED TIME IN HONOR OF THE YEAR GAMBIT FIRST APPEARED IN UNCANNY X-MEN #266 (1990). FINAL COVER MAY VARY. ALLOCATIONS MAY OCCUR.
In Shops: May 29, 2019
SRP: $19.90